Home / Country / Africa / Nigeria / 100 Days Have Passed, yet the Nigerian Army is Not Questioned

100 Days Have Passed, yet the Nigerian Army is Not Questioned

The Nigerian army’s brutal attack and killing of hundreds of Shia Muslims on December 2015 concerns Shia Rights Watch deeply. Such action requires in-depth investigation. Based on our findings, during the early attack to the Shia Mosque in December and recently confirmed by Human Rights Watch and Amnesty International, the army brutally killed more than 400 Shia men, women, and children and buried bodies in a mass grave to prevent further investigation by families, despite the families visits to police stations and asking for answers regarding the disappearance of their family members. According to local activists, the burial in Kaduna was based on a court order by the state government. The depressing fact that the army killed unarmed civilians in a 48 hours frame clearly states this action was based on some official order resulting in a substantial loss of life at the hands of the military.

The arrest of Sheikh Zakzaky; the community leader and a father whose children were killed in previous attacks to the community, is another on-going violation carried by the Nigerian government.

Shia communities face much discrimination around the world, and such violence carried by their government threatens their healthy existence. SRW reemphasizes the need of investigation by non-biased experts in human rights and country legislation. Nigerian Shia have lost their trust in their government and it is to the benefit of all parties to participate in investigation and bring justice and trust back to the community.

SRW urges immediate action based on humanity and dignity for all. 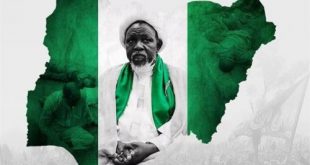