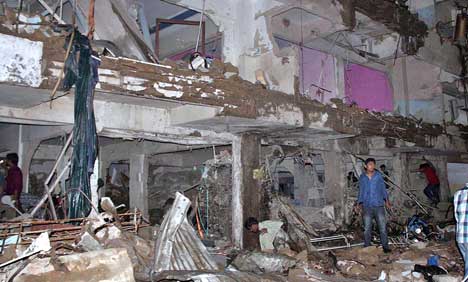 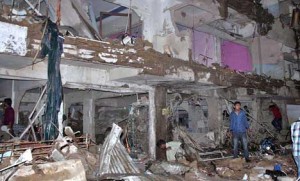 Lashkar-i-Jhangvi used a car containing explosives nearby shops in Iqra City located at the head of Abbas Town. According to the Bomb Squad around 150kg of C4 in the explosion and a remote-detonator was used. The blast left a four-feet deep and ten-feet wide crater, security officials later announced.

“There were two blasts but it was not clear whether the second was also a bomb”, IG of Police SIndh Fayaz Lughari told a foreign news agency.

This is the second blast that has shaken Abbas Town in the span of four months.
A blast took place in November of last year near an Imambargah in Abbas town, which killed two people and injured over a dozen men, including two Ranger personnel.

Lashkar-i-Jhangvi previously killed more than 89 Shia Muslims in Quetta in the month of February.