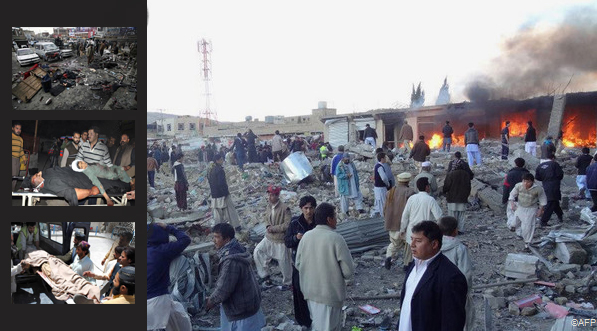 2013 has been by far one of the most violent years in the Pakistan. Only two months into the year and more than 300 people are dead due to Shia targeted activities. Shia Rights Watch strongly condemns the attack in the provincial capital of Quetta that targeted Shia Muslims. Anti- Shia groups made a tragedy gain in Pakistan’s Shia populated city of Quetta. According to Pakistani police, about 89 Shia Muslims were killed and around 200 Shia Muslims were injured due to the explosion. It is reported that a remote controlled bomb was placed in a car near a school and market on Kirani Road. The area is Shia populated and is a busy part of the city where many do their shopping and children attend school. The explosion killed 89 people immediately and injured between 180 to 200 more. According to local doctors number of death is rising every second since many of the injured are in critical condition.

Anti-Shia group Lashkar-e-Jhangvi claimed responsibility for Saturday’s bombing as well a similar attack in January that left more than 90 dead.

No one knows how many more lives it will take before the Pakistani government start taking actions and protect its Shia citizens from ongoing violence.