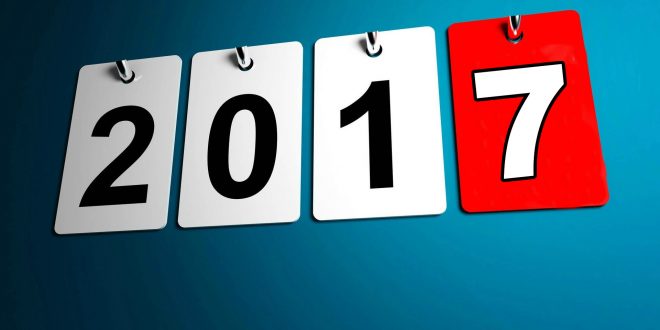 A Brief Look at the Shia Muslims in 2017

Shia Muslims are the most significant minority group in the world. Although they make up half of the worlds Muslim population, Shia Muslims remain targets of human rights violations. Cases of Anti-Shiism are widespread and extensive. Over the past year, Shia Rights Watch declared 6,388 incidents in which Shia Muslims have been killed, injured, arrested, or harassed solely by their religious association. The number above is only in a handful of nations in which Shia Muslims make up a significant portion of the population and feel courageous enough to broadcast their human rights violations. Such countries are inclusive, but not limited to Pakistan, Bahrain, Saudi Arabia, Iraq, and Malaysia. Anti-Shiism in each country is unique. In countries such as Saudi Arabia and Bahrain, the government limits its Shia constituents while in countries such as Iraq, terror organizations independently target Shia Muslims. In Asian countries such as Malaysia and Pakistan, terror organizations are the primary source of direct violence. However, the lack of protection for Shia Muslims and the prosecution of anti-Shia agents has created a void by which extremist organizations can further their anti-Shia actions.

In both nations in which terror organizations are active, and in those by which the government limits its Shia Muslim constituents, security is a significant issue. Frequently, Shia Muslim entities report a lack of security for their communities. In March of 2017, 3,000 Shia Muslims protested the lack of government protection. Men, women, and children sat at the Taftan border for a week, demanding security for the 25 buses carrying Shia pilgrims traveling back from Iran. The protests came after some attacks targeting buses moving Shia Muslims killed tens of civilians. The travelers stated they feel “unsafe” in their nation.

In a separate incident, Shia mourners reported a lack of security after complying with the state organized schedule of ritual processions in Moharram. Government leaders had allocated specific areas for Moharram mourning rituals, claiming aims of city organization. Later in the month, numerous groups reported harassment and violations by anti-Shia groups. Due to a lacking in communication lines, Shia Muslims state they could not contact and warn their fellow mourners at other locations. Local sources reported that they felt “vulnerable and susceptible” because the new organization of mourning processions did not take into account the anti-Shia sentiment in neighboring areas. Further, locals report a lack of trust towards the local officials as the rate of arrest and prosecution of anti-Shia agents are extremely low.

The trend of perceived lack of justice and mistrust is not unique to Pakistan. In Gulf nations such as Bahrain and Saudi Arabia, Shia Muslims also feel that they are treated as “others” in their home nations. Many feel they are denied due process granted to their non-Shia counterparts. For example, in late 2016, the Bahraini government ratified a law that would allow for civilians to be tried in military court- thus far, those who have been tried in military court have been of the Shia faith. In Saudi Arabia, students and workers report they are denied access to the same education and work opportunities that their non-Shia counterparts have. Numerous humanitarian reports note the stark developmental differences between Shia populated areas such as Awamiyah, in comparison to non-Shia populated areas, despite the fact that the Eastern Province is the oil-rich region of the Kingdom.

A history of perceived lack of justice has created mistrust among Shia Muslims and their nations. Having been left alone to defend their populations, some Shia Muslims feel as though they are not regarded as members of their geopolitical community.

Perceptions of violence and anti-Shia sentiment is, by the fact, independent from the universal yearning for peace and safety. The frequency of violence in the Middle East affects everyone. The regularity of violence reduces tourism, and the instability diminishes foreign investments in the region. Thus, peace is benefits all walks of life.

Peace in the Middle-East

To create stability in the Middle East, security measures to protect Shia Muslims must be put into place. To do so, both the Shia populace and government officials (local and national) must work in unison. First, the unity of command must be created by these two groups.

Trust is a cornerstone of any social construct. For people to act, they must first trust that said action is to their benefit, at least it won’t endanger them. Security measures are no different. Everyone wants ultimate stability. It’s just a matter of how the balance will be achieved. Fact is, balance cannot be made by enforcement of the government alone. Take Bahrain as an example. By allowing civilians to be tried in military court, the Bahraini government aimed to reduce insurgency involvement. Saudi Arabia also sought to minimize anti-government action by using military action against the residence of Awamiyah. As seen by the increased humanitarian outrage on both Bahrain and Saudi Arabia, the government’s efforts did everything except stabilize the Gulf region. In these two nations, the government failed to take into account citizens of the country. Their concerns were completely undermined. The anti-Shia sentiment of government action in turn fuels anti-government protest creating a cycle of violence. The current level of violence in the Gulf region is destructive to all facets of society. Not only has the number of international business ventures in Bahrain decreased, but numerous studies have also shown a reduction in the nations education rate when compared to non-conflicting Gulf nations.

Upon investigation, it becomes clear that upholding national identity is a prominent goal of their actions. Thus, patriotism should be a cornerstone in joining government officials and protestors together. A developmental plan to redefine means of improving the global standing of Bahrain can be used to drive a unified command to build stability in the nation. With the unity of leadership is a unity of enforcement, by which, both parties can carry out legislative changes in their circles of influence.

A transparent map of co-evolution of parties at power (national and grassroots) through space and time are needed to ensure trust, confidence, and activity between the parties and onlookers. While coevolution of power is not always tangible, the dynamic nature of power can be traced, at the very least in comparison to the point of departure. The mapping must define party participants, their values, objectives, and their roles.

Within the dialogue process, validation must be made for the others perceived hardships. Keep in mind; conflict is defined by perceived divergence of needs or goals, not necessarily an “actual” divergence of interests. Validation is a form of power, and when communicated diligently it can be in the hands of the giver. By recognizing hardships each is enduring, the struggle to “prove an upper hand” diminishes and parties can move on to building a resolution.

To reduce damages of anti-Shiism, parties must focus on the overarching damages created as a result of violence. Recognizing that pro-Shia and anti-Shia agents both act with a perceived goal of advancing the state, national economics and wellbeing must be a cornerstone of pro-peace plans.