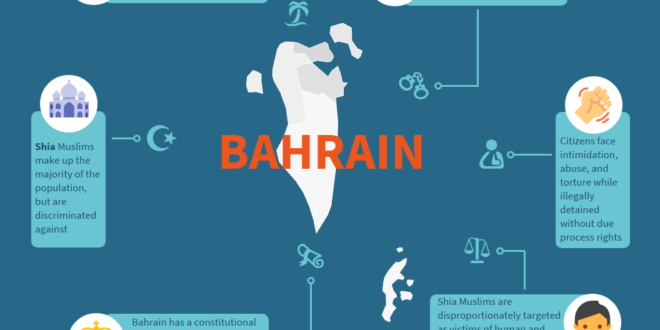 February 14th, 2018 marks the 8th anniversary of Bahrain 2011 uprising. Shia Rights Watch predicts that more protest and crackdowns will be carried out as a result. In fact activists reported as many as 23 people were arrested today, the 13th, as the kingdom’s security services raided homes in numerous towns and villages such as Diraz, A’ali, Buri, Sitra, Eker, Shakhura, Nuwaidrat and Karzakan.

Bahrain, a dominantly Shia populated country,  has become the most dangerous place for this population. Since the uprising in 2011, an alarming upsurge in arbitrary and abusive force by security forces has been reported.

Bahraini Shia live under extreme human rights detriment as violations toward them increase and expand without any international interventions.

The condition and quality of human rights have gone down since 2011. SRW receives massive reports on arbitrary arrests, detentions, torture and ill-treatment under interrogation, and even worse conditions in prisons every year.

People of Bahrain show their disapproval of the authority’s violations through peaceful protests. Despite the nonviolent nature of their activism, Bahrainis are faced with arrests, tear gas, crackdowns and gunshots. In some incidents, large armored vehicles were filmed driving towards protesters, appearing to fire tear gas at people causing life threatening injuries. Those injured are faced with refusal of medical attention as doctors and hospitals fear association with protestors.  Families of those killed are not allowed to perform religious funeral rituals for their ones. Human rights activists and Shia leaders are constantly arrested or sentenced to long prison terms. Prisoners describe being beaten, forced to stand for extended periods of time and threatened with rape by officers of the National Security Agency. Their access to water, food and basic prisoners rights are limited and they have to pay some of the costs associated with imprisonment such as their uniform.

The activists report that authorities refuse to engage in dialogue with the demonstrators, who are peacefully demanding reforms. The government has not shown any effort to address the need of the community.

It is reasonable to claim that ongoing fear and insecurity affects the economy and development, in addition to the overall health of society. Systematically discriminated against in employment and scholarship opportunities, Shia do not have full access to higher education and fair employment, which affects their wellbeing and the wellbeing of the society. Moreover, military rampage in Shia neighborhoods have lead to the destruction of Shia businesses.  Unhappy citizens cannot fully function in the growth of society when that are struggling to keep their families safe.

In order to rebuild Bahrain, the authorities need to be open to dialogue and resolutions, says SRW. They have to regain their citizens’ trust by equal treatment and by releasing peaceful protestors immediately and unconditionally.  SRW emphasizes that authorities in Bahrain must refrain from using excessive force against protesters as mass protests can be expected during February.

This NGO invites Bahraini authorities and protestors to utilize peaceful means to rebuild an inclusive Bahrain, where all members of the society are free to contribute to the development and growth of the nation. 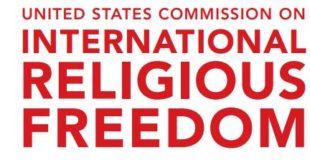