Bahraini Forces Raid the Town of Diraz, killing 1 and Arresting 50

Diraz has been under siege in fear of social unrest. Conflict rises in the village of Diraz in Bahrain after the detainment of Shaikh Isa Qasim. Qasim was arrested days prior on alleged charges of money laundering. The Shia community denies charges as the money in Qasim’s possession is Khums, a collection of money donated by Shia members of the community as charity. This money is entrusted to Qasim as he is a religious figure in the area.

In his time, Qasim promoted democratic ideals and called for recognition and protection of Shia Muslims. However, Qasim has been treated less than ideal for his activism by the discriminatory forces of the Bahraini government.

Dissent in Bahrain is an effort to obtain basic human rights of recognition and peace, and until those needs are met, Social unrest will continue to rise.

During his time in the gulf area, Shia Rights Watch asks Donald Trump to stand for democracy and promote peace building efforts within gulf nations. SRW asks that President Trump take into account the human rights condition of Bahrain in their negotiation 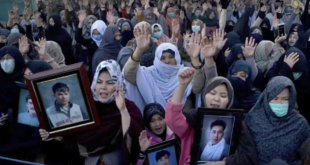