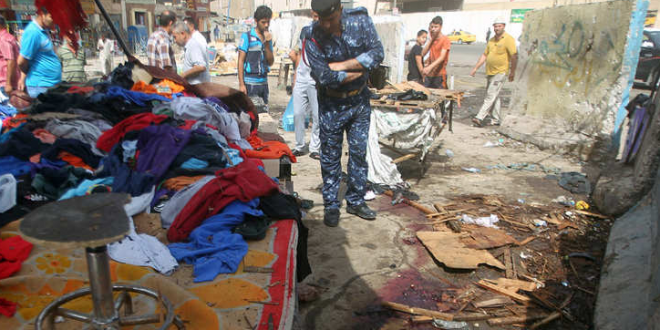 A car exploded near a busy market in Baghdad killing 12 and injuring 41 as Muslims prepare for Adha Eid in Iraq.

According to local officials a car bomb exploded near Shia populated “Amin neighborhood” in Baghdad. 12 deaths are confirmed and unknown number of injured are in critical situation. A holy Eid of Adha is coming up and therefore shops are crowded making them desirable targets for violence against Muslims, especially Shia Muslims.

Iraqi Shia Muslims have been target of hate crimes as hundreds lose their lives annually. ISIS has claimed the responsibility for the recent bombing on their social media outlets.