Shia Rights Watch paper in #HRC29 Side Event; “Children in Bahrain From Playground to Prison”

Childhood moments are meant to produce memories of carefree enjoyment. At the same time childhood experience cultivates the foundations of our education of society, and builds our understanding of the socio-structures of how to build upon our hopes to become adults who can participate in a meaningful and productive way in our communities, and to forge our own futures with the energetic exuberance that comes with youth, towards the ‘tomorrow‘ of the next generation.

It is not hard to understand that unlike other country’s future generations, Bahrain’s children have suffered from a wide and hideous range of psychological and physical health setbacks due to the continuous violence perpetrated against them.

Sadly neither the government of Bahrain nor the international community fully realize that without the future generation there will be no possibility for the great country that they enthusiastically hope for.

The consequence of the relentless and sustained oppression targeted at children has caused many to lose their lives and many others to live with debilitating medical problems directly associated with the inhumane treatment committed against them.

Considering the size of the population there are per capita so many who have faced discrimination, arrest, torture and the traumatic loss of a fellow classmate, or family member. This has left emotional scars and translates to diminished behavioral functionality.

These afore mentioned issues are evident in problematic relationships between them and their siblings and parents, and aggressive behavior at school is also a known factor, given the history of other countries experiences, for their future ability to have healthy interpersonal relationships either with their peers or furthermore into their marriages and relationships with their own children.

This ‘legacy of hurt’, violence and psychological torment is being perpetuated by the Bahraini Regime and their tactical abuse of children in an effort to decimate the culture and socially fragment the Opposition Community.

We have to clearly realize that the amount of violence that children face in that society brings them only anger sadness and anxiety. They worry about their family, they are disillusioned and saddened by the lack of access to a credible education, and they experience anger towards the society that is meant to support and nurture their growth. Now they are left be wildered, and bereft at being imprisoned for seeking respect, dignity and equality for their peers and their family members.

It is of great concern that children are themselves worried about the threat to their ability to have an identity, through the refusal of the regime to issue birth certificates or passports, just as they are unable to attend college and satisfy their right to equal access to education, and to help promote a better society for their fellow citizens.

Not being able to travel and discover the world will, without doubt, lead them to less tolerance and a lack of understanding toward other cultures.

Children who always dreamed of growing up to be a doctor such as Professor McCormack The pediatric doctor who went beyond his field of his expertise to defend the doctors in Bahrain,  an engineer such as Mustafa Akhwand, Founder of Shia Rights Watch who left his work as Computer programmer to defend Shia Rights, an activist like  Tara Raynor O’Grady, Irish activist who didn’t let her cancer destroy her confident and realize that there are many ways to support the people of Bahrain even during  her Chemo trophy, the moments that many people only think about their own health and feeling of their families  or such as many activist who sacrificed their time and effort for Bahrain, now have a dream instead to attend a meal with their family without being worried about potential    suffocation    of one their family members due to indiscriminate blanketing of Tear Gas in their village by regime forces, or their privacy violated and their peace interrupted by someone being dragged out into the street, beaten and removed to a detention centre and God knows what by foreign police paid to suppress the community.

Now, at this moment, it is actually in our hands to either support the regime who are slamming and locking shut all the doors against this targeted generation, or to gather our collective effort to shed light on their oppression and offer them hope towards a better path, the ability to follow their very reasonable and simple dream for freedom and stability. 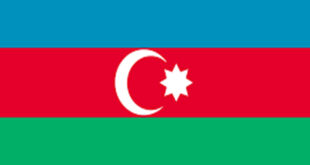