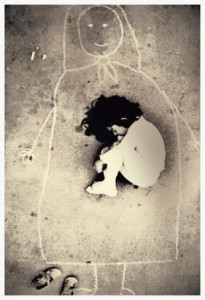 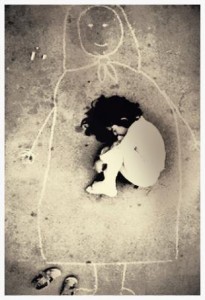 Terrorists and human rights violators impact the world in a non-reversible way. Their most dangerous impact is how they change the future of the children of their targets. In fact children are the main victims of wars, human rights violations and crimes done by terrorists.Children in Iraq are paying very high price for being Shia Muslim. Many Iraqi children wake up finding no mother to feed them, no father to provide for them and no home to rest in. An estimated one million children are considered orphan in Iraq and the number is increasing as Shia rights violations and targeted killings in escalating.

The fact that adoption is not common in Iraq and most families are already under the poverty line, orphans are left alone to find ways to survive. About %57 of the Iraq’s population are under the age of 25 and %6 are senior citizens according to CIA Factbook. Based on these numbers more than %60 of the population are vulnerable and need special care.

Children and youth who are the main resources of the country and the future of the country is in their hand suffer from food insecurity, trauma, are homeless, are not safe, and do not any education. The future of Iraq, which once was home to the oldest civilizations in the world with a cultural history of over 10,000 years, is not very promising.

When I think how terror acts leave thousands of children helpless, uneducated, sick, weak and insecure, I wonder if terrorist have any sense of humanity in them. I wonder what can change humans to such unpredictable creatures that have no logic, no empathy, and no mercy. Yet is it worse when it’s done as “religious” acts. 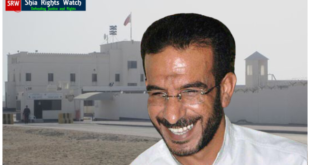