SRW condemns the closure of the Shia satellite channel offices in Iran and arbitrary arrest of their employees.

Masood Behnam and Hamid Taqi-Poor who had been arrested on August 3rd because of their Shia news coverage for a number of Shia media outlets.

Masood Behnam who was arrested from the hospital while he was receiving medical treatment for respiratory illness and diabetes, was released after 10 day of unknown status on August 12th. However Hamid Taqi-Poor who was arrested from a Shrine in Mashhad, Iran, is still in prison with no charges. His family is concerned about him since they are not allowed to see him or get any update from his situation and location.

who are arrested because of their religious activities such as Taqi-Poor. Also, this NGO hopes Iranian authority reopens the closed offices as they are not involved in any political matter and their mission is solely religious teachings that are free of violence and discrimination.

According to International Bill of Human Article 9: “No one shall be subjected to arbitrary arrest, detention or exile”; Article 10: “Everyone is entitled in full equality to a fair and public hearing by an independent and impartial tribunal, in the determination of his rights and obligations and of any criminal charge against him”; And Article 19: “Everyone has the right to freedom of opinion and expression; this right includes freedom to hold opinions without interference and to seek, receive and impart information and ideas through any media and regardless of frontiers.”

All mentioned articles are also supported under Islamic Law that Iran is running based on. 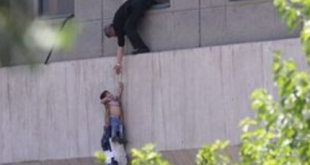 12 people killed and 40 injured as four attackers entered Iranian parliament, some of which …