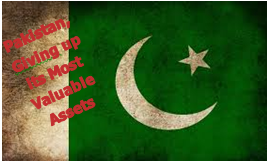 A duel bombing attack in Quetta, Pakistan killed 115 people and wounded 120 in a popular billiards hall in the Shia Muslim populated area. The attack started when a suicide bomber went into the hall, killing 81 people with the initial attack. Then, 5 minutes after the attack, a car bomb detonated outside of the building previously targeted. Among those who were killed were members of the Pakistan police enforcement, rescue workers tending to the wounded from the first explosion, and journalists. The attack severely damaged the surrounding infrastructure, including the three-story building the housed the billiards hall, nearby shops, homes, and offices. Lashkar-e-Jhangyi, a Sunni Muslim militant group, claimed responsibility for the attack.

Shia Rights Watch condemns the attacks and urges the government to take immediate action to stop violence towards Shia population in Pakistan.