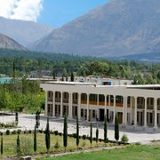 Discrimination to the Right to Education for Shia Students in Pakistan

As anti- Shi’ism spreads across the globe, discrimination against Shia have reached the educational setting. The Karakoram International University has expelled 16 Shia students for a period of three years and dismissed one Shia student for life. The students are accused of participating in “illegal activities” which in this case is organizing Youm-e-Hussain Shia gathering program. The expulsion of the Shia Students resulted in sit-in outside the Gilgit-Baltistan assembly.

Rival wahabi sect tried to create disturbance all day long, turned the demonstration into fight which resulted in the death of two people, as JNN reports.

KIU announced its closure for two days. “The decision has been taken in the wake of violence in the city a day earlier,” said a statement issued from the university.

Gilgit has a bloody history of sectarianism. Shia have always been victims of violence and human rights violations in this area. Government forces have failed to protect Shia and spread peace.

S.R.W condemns the escalated violations toward Shia and believes education is one of the basic human rights. No one should be able to take away this right from any minority group.