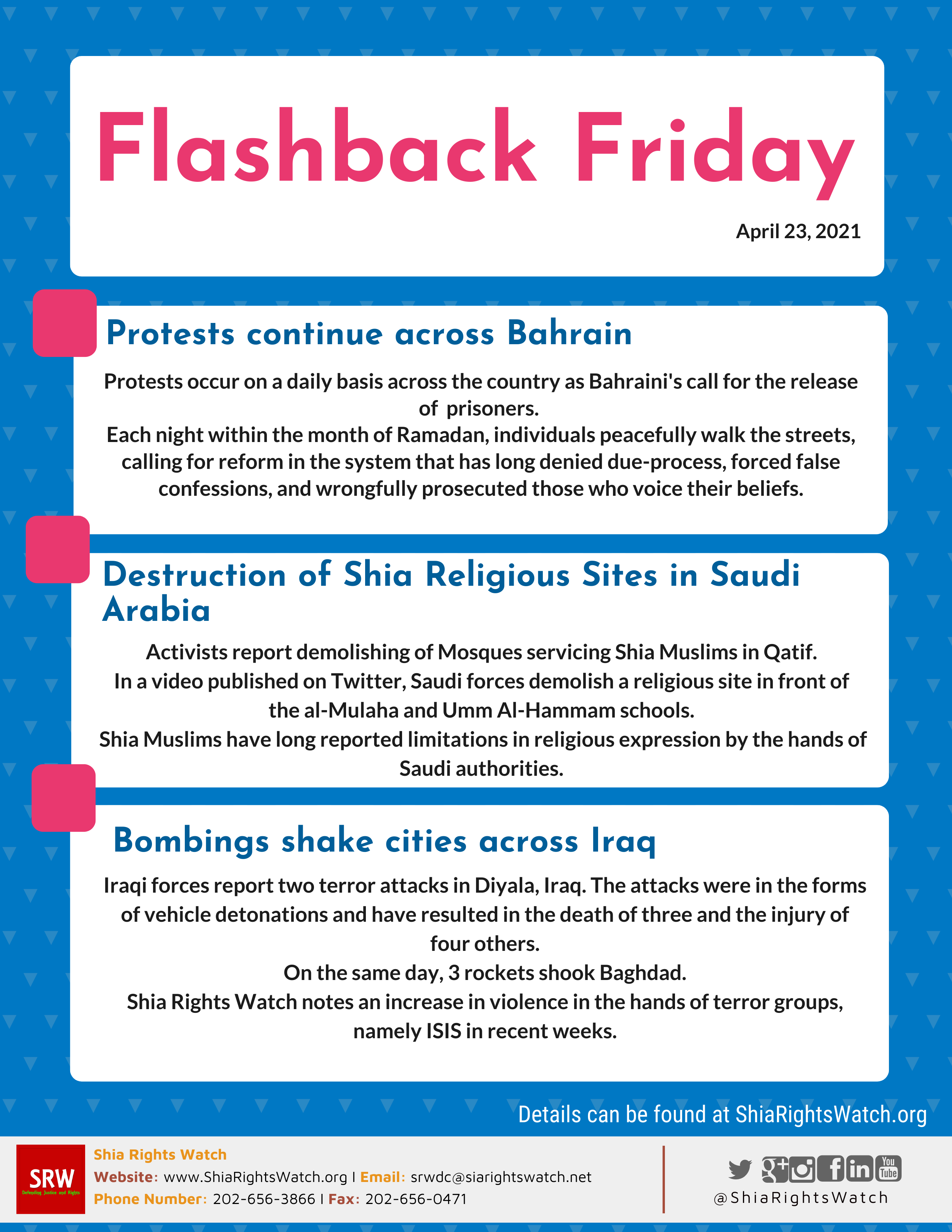 Protests occur on a daily basis across the country as Bahraini’s call for the release of prisoners.
Each night within the month of Ramadan, individuals peacefully walk the streets, calling for reform in the system that has long denied due-process, forced false confessions, and wrongfully prosecuted those who voice their beliefs.
Destruction of Shia Religious Sites in Saudi Arabia,
Activists report demolishing of Mosques servicing Shia Muslims in Qatif.
In a video published on Twitter, Saudi forces demolish a religious site in front of the al-Mulaha and Umm Al-Hammam schools.
Shia Muslims have long reported limitations in religious expression by the hands of Saudi authorities.
Bombings shake cities across Iraq
Iraqi forces report two terror attacks in Diyala, Iraq. The attacks were in the forms of vehicle detonations and have resulted in the death of three and the injury of four others.
On the same day, 3 rockets shook Baghdad.
Shia Rights Watch notes an increase in violence in the hands of terror groups, namely ISIS, in recent weeks.
Share