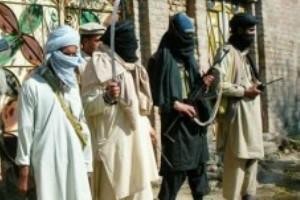 The passenger vehicle was traveling from the town of Ali Zai in Lower Kurram to Parachinar as the nation celebrated Eid al-Fitr when the armed assailants opened fire, killing four people on the spot and severely wounding four others.

Moreover, three of the four wounded people later died at at the Agency Headquarter Hospital while the fourth was said to be in critical condition.

Meanwhile, local tribesmen were reported to have engaged the fleeing attackers in a gun-battle.

Six out of the seven people who lost their lives in the incident belonged to the same family.

On Wednesday in a powerful blast at least 11 Shiite Muslims were killed and 22 injured when a bomb was detonated on Gulistan Road  in the Murriabad area of  Quetta out side of Jamia Imamia Imambargah .

An army operation called Operation Koh-e-Sufaid in Kurram Agency, which was launched to clear the area of militants whose fighting had increased the incidence of sectarian killings, kidnapping, and extortion in the agency, also recently ended.

Pro-Taliban groups have launched a violent campaign against Shia Muslims, and appear to have widened their terror campaign in major Pakistani cities.

Several Shia religious gatherings have been targeted in different parts of the country over the past few months.

Meanwhile, Taliban-linked militants in the towns of Parachinar and Hangu and other areas in the Kurram tribal region have killed hundreds of community members over the past few months.

Taliban’s influence is also rapidly increasing its grip on the major cities and even the so-called settled areas in the country.

Shia sources say they make up one-third of Pakistan’s population of nearly 170 million.

Since the 1980s, thousands of people have been killed in sectarian-related incidents in Pakistan.