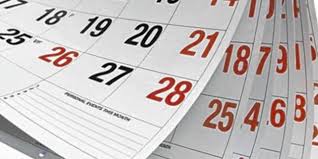 Anti-Shiism in the forms of arrests, sentencing, lack of due process, injury, and killing reported to Shia Rights Watch spanned the international community in the month of April.

Reports of violence listed in this report have been verified through collaboration with grassroot advocates and confirmed by local investigations.

Shia Rights Watch notes incidents of violence on the basis of identity are often unreported by victims in fear of further violence and alienation. Trends listed in this report represent a fraction of Anti-Shiism faced by the international Shia Muslim community.

More information in regards to individual incidents can be found at ShiaRightsWatch.org.

On April 15, a car bomb detonated in Jalalabad, resulting in the death and injury of many Shia Muslims. Locals reported extensive property damage.

In Herat, 24 incidents of violent attacks were instigated by extremism. Much of the attacks targeted the local government, and as Herat is rich in the presence of Shia Muslims, many individuals of this minority groups were killed and injured.  On the 8th of April, shootings at the Second Police District resulted in the death of one civilian and the injury of another. Later in the month, the bodies of two civilians, one of which was female, were found in the Injil district. Officials have announced ill-will but not the identity of the responsible assailants. On the same day, in Darb-e-Iraq, gunmen shot and killed a civilian and in the Golran district, and the detonation of a car bomb killed four.

Civilians were killed in Obeh district both on April 27 and 28 in cross fire between police and the Taliban.

In Kabul, one was killed and nine others were wounded in a bombing that targeted security personnel.

Despite the existence of targeted violence in the country of Afghanistan, authorities have not announced any direct efforts to protect those most vulnerable to terror attacks.

In Bahrain, the authorities announced the intention to release 199 prisoners under the Alternative Penal Code.

Among those released is Mohammed Jawad Parwiz, the uncle of prominent activist Nabeel Rajab. Parwiz was arrested in 2011 for his activism. Others released include, but is not limited to the followin: Sayed Kamel Al-Hashemi, arrested in 2016 and detained in 2018 for “insulting the King of Bahrain, Hamad bin Isa Al Khalifa, in a Friday sermon at a mosque in Barbar and Ma’atam in Bani Jamra,” and “inciting hatred against a sect”; Maytham Zuhair, arrested in 2020; and Ali Jassem Al-Ghanimi, one of 124 police officers who sympathized with protestors.

For those who remain in detention, violent repression continues. The United Nations Human Rights Office announced concern for the “unnecessary and disproportionate” force used against detainees. In a press conference, spokesperson Marta Hurtado called for immediate and thorough investigation into violence in the hands of police officers at Jaws Prison.

Police officers at Jaws Prison injured detainees by throwing “stun grenades and beat detainees on their heads.” Sources reported that 33 protesters were taken to a secondary location and kept “incommunicado and unable to make contact with family and lawyers.”

The violence came after detainees organized sit-ins in protest to the lacking conditions they faced, including the authorities failure to meet medical needs which resulted in the death of multiple detainees such as Abbas Malallah.

Hurtado stated, “The spread of the pandemic in Bahrain’s prisons has sparked protests across the country. In response, the authorities have detained dozens of protesters for breaching COVID-19 restrictions…In particular, those being detained for expression of critical or dissenting views, protected by international human rights law, should be released immediately.”

Medical negligence on the part of prison authorities took mainstream spotlight with the death of Abbas Ali Hassan Malallah. On April 6,  Bahrain’s Ministry of Interior Prisons Directorate announced Malallah’s death, citing  he “died a natural death early this morning, after suffering a heart attack, per the coroner’s report.”

Prisoners with Malallah report that he had asked for medical attention the day before his death, complaining of severe pain in his chest and abdomen. The prison administration denied his request.

Advocates counter the claims made within the statement that Malallah did not have a chronic illness. Malallah suffered from colon and stomach ulcers, as well as physical ailments as a result of torture, all of which were denied treatment while in Jaws Prison.

Maytham Zuhair who was recently released under the alternative penal code was rearrested shortly after his release.

Family members of those detained report torture and mistreatment as means of obtaining false confessions and expressed concern for the safety of their loved ones.

Gunmen in Baghdad target Shia Muslims across the city. Individuals identified as Shia Muslim have been targeted by assailants yet to be identified with silencers.

In addition to individual assassination’s, bombings in prominent Shia Muslim areas maximize death counts. On the 15th of April, a bomb detonation in the Habibiya area, east of Baghdad led to the death of 12 civilians. Later in the month, a roadside bomb north of Baghdad killed four.

Despite efforts to counter ISIS activity in the country, violence against Shia Muslims in Iraq’s capital continues to claim lives of innocent civilians, many being women and children undergoing everyday tasks.

A hotel bombing in Balochistan resulted in the death of four and injury of 10 others. Officials reported the hosting of the Chinese ambassador at the hotel as the possible motivation of the bombing.

Early in the month, residents of Qatif reported harassment by security forces.

While many congregated on the occasion of 15th of Sha’ban, a day of religious expression, security forces cracked down on participants, limiting their expressions and calling for disbursement.