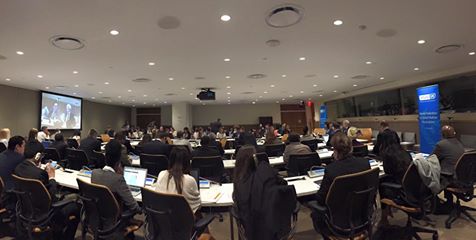 Shia Rights Watch‘s representative to the United Nations in New York attends an interactive dialogue with candidates for the Presidency of the 71st General Assembly.

The General Assembly plays a key role in mechanism of the United Nations, and its reliability is directly effective on the outcome of the projects promoted by the United Nations and its bodies. The president of the General Assembly can be an enabler of positive policy adoption for the UN entity at large and by including minorities in the mechanisms of the UN, and standing firm for the Rights of Minorities reassures the civil society, State Delegates, and NGOs of the advancement of UN aims and goals.