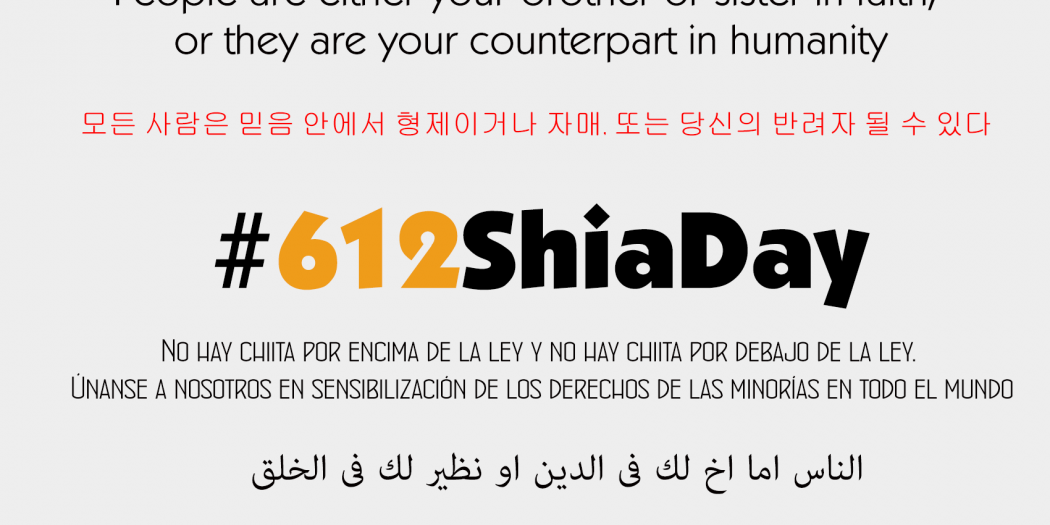 Washington, D.C. – June 4, 2015– In memory of the June 12, 2014 attack on Camp Speicher in Iraq, Shia Rights Watch has declared June 12th the International Day of Shia Rights. The International Day of Shia Rights was created in hopes of generating greater awareness of the struggles Shia Muslims around the world currently face. The focus of the 2015 campaign is ending the illegal detainment of the 550 Bahraini minors who were arrested due to involvement in peaceful protests.

Despite Bahrain being a signatory of both the Universal Declaration of Human Rights (UDHR) and the International Covenant on Civil and Political Rights (ICCPR), they have consistently violated numerous articles in both documents. Bahrain has incarcerated, tortured, and even killed numerous underage minors in attempts of subduing peaceful protests and anti-regime gatherings.

Shia Rights Watch intends to raise awareness of the events in Bahrain, as well as of minority oppression worldwide. In preparation for International Day of Shia Rights volunteers will be handing out roses

On June 12th we will launch the social media campaign on Facebook, Twitter,  and Instagram and we encourage everyone to join in the discussion using #612ShiaDay.