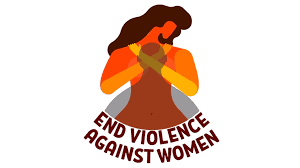 Orange the World: Elimination of Violence Against Women

International Day for the Elimination of Violence against Women, November 25

The United Nations General Assembly in 1993, defined violence against women as “any act of gender-based violence that results in, or is likely to result in, physical, sexual or psychological harm or suffering to women, including threats of such acts, coercion or arbitrary deprivation of liberty, whether occurring in public or in private life.”

Violence against women is a devastating yet persistent human rights violation. The United Nations reports 33% of women and girls experience physical or sexual abuse in their lifetime.

“Violence against women is as serious a cause of death and incapacity among women of reproductive age as cancer, and a greater cause of ill-health than traffic accidents and malaria combined.”

Gender-based violence can happen to anyone, anywhere. However, some women and girls are particularly vulnerable, namely, those who live in climates of violence. Historically, and in some places today, sexual abuse is also used as a means of ethnic genocide in which violence against women is used to destroy the social structure of a group.

Women of minority status are even more vulnerable to violence- they are a double-minority. Not only are they a woman, but they are also of a race or ethnicity inherently discriminated against.

They are targeted at a higher prevalence, and authorities undermine violence against them. In general, stigma and shame inhibit the reporting of gender-based violence. However, gender-based violence is far less reported by minority identity groups. Fear of prosecution, further ostracization, and perceptions of incompetence are just a few motivations reported for not reporting violence to authorities. Moreover, some feel that the abuse previously reported were not sufficiently acknowledged.

Shia Rights Watch calls of all members of the international community to empower women and girls against gender-based violence. To reduce violence, we must all work together to destigmatize reporting sexual abuse and to increase social structures that support women and girls to overcome vulnerability.

We stand with activists on November 25, the International Day for the Elimination of Violence Against Women, to support efforts taken to create a violence-free environment for the next generation. 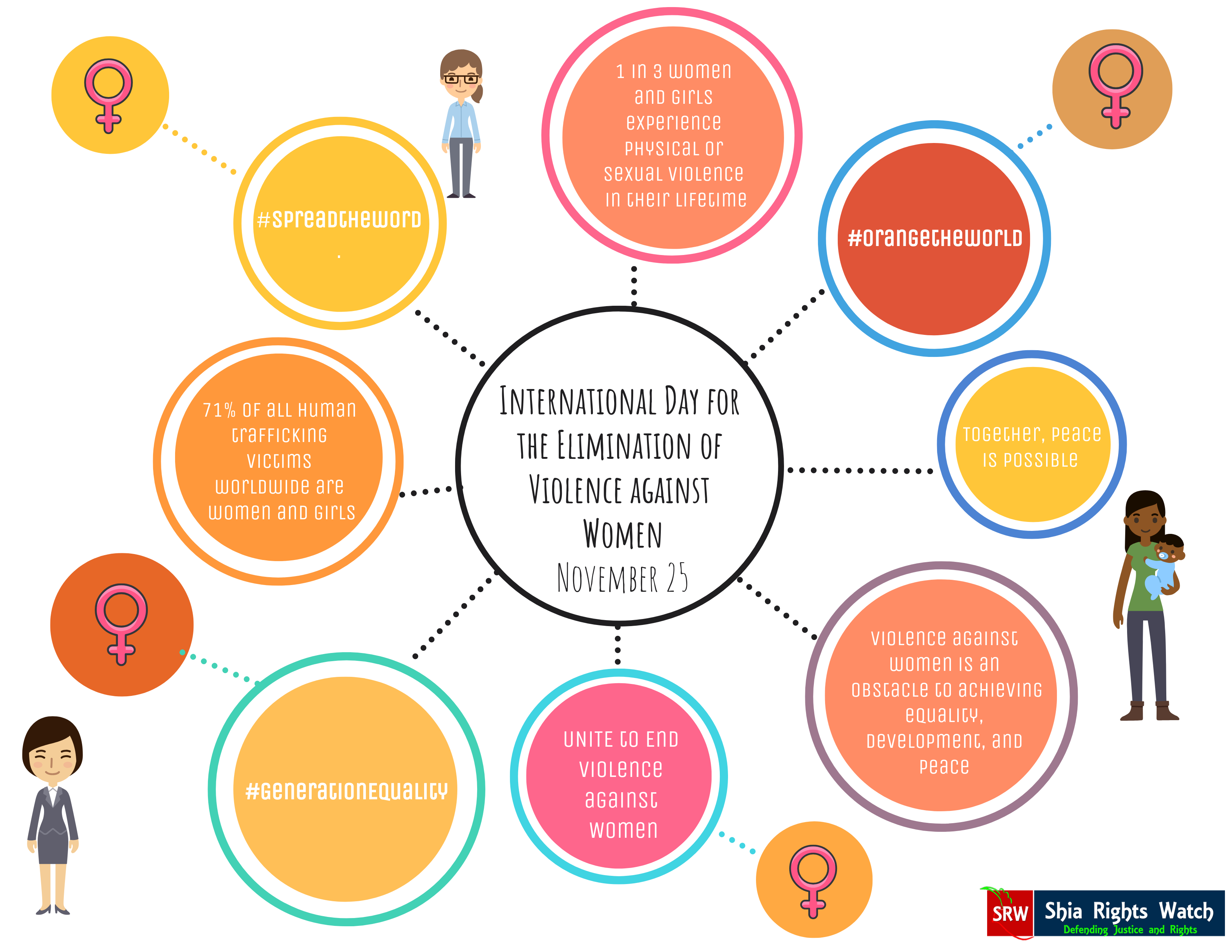 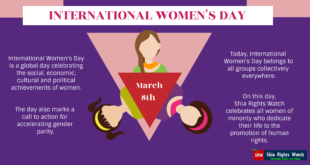