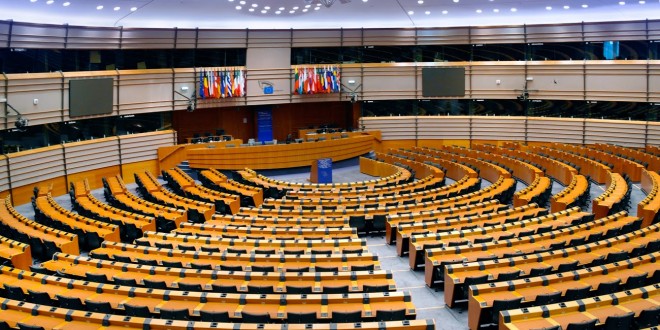 Presenting the Case of Malaysian Shia- Statement to United Nations

On behalf of Shia Muslims around the world it is a pleasure to present this address to the commission. Today I am here to draw your attention to the ongoing threats to Shia Muslims in Malaysia.  Although this country grants freedom for most of its diverse groups, Shia are greatly restricted in the nation, as its laws declare the Shia sect illegal to practice. There are also active bodies in Malaysia established to instill systematic oppression onto the Shia such as the anti-Shia task force, which has made statements that Shia are infidels, and deviants in the eyes of Islam.

The government has banned all Shia related publications and raided their commemorations as a means to prevent them from practicing their faith. In April additional considerations to forbid marriage between Shia and non-Shia are also underway despite previous Shia coexistence throughout the nation’s history.  Other suggestions have also been in contention of whether Shia prepared food is Halal for Muslims of other faiths.

Similarly to many other countries throughout the Middle East, anti-Shia seminaries are spreading their ideology throughout the country, evoking violence on a variety of fronts.  Shia Rights Watch is concerned with the level of discrimination and inequality for the right of practicing religion. Other denominations can practice freely, unlike the Shia.

In fact, specific articles 3(a) and 11 of the Malaysian Constitution, Shia Muslims are not given official state recognition as a religious entity. This discrimination received religious legitimacy in 1996 when the Fatwa Committee for Religious Affairs issued statement that branded Shia Islam as deviants. In doing so, it prohibited Shia from spreading their beliefs and distributing any electronic or print resources that espoused Shi‘i principles. Interestingly, this opinion overturned a 1984 decision from the same committee that deemed Shi‘ism acceptable in Malaysia. Under the country’s federal system, such a decision required agreement on the part of the individual states in order for it to have any effect. Unfortunately for the community, 10 of the 14 states initially agreed to implement the fatwa. There is no way for Shia to have protected rights in cases of terrorist attacks, and no legal way to address their human rights violations.

This basis for anti-Shi’ism is found through the 1960 Internal Security Act (ISA) to silence religious dissent, and while significant limits were placed on this act in 2012 there are still many issues.  The ISA was used on several occasions to target Shia in Malaysia. Ten Shia were arrested in 1997 under the ISA and another six suffered the same fate in October 2000.  In December 2010, 200 Shi‘a were arrested by the Selangor Islamic Religious Department and four years later, 114 Shia were arrested by the Perak Islamic Religious Affairs Department with assistance from the Malaysian police. A recent statement from the Prime Minister’s Department Jamil Khir Baharom clearly stated in his remarks that Shi’ites in Malaysia have no rights; “we have rules, we practise the teachings of Ahli Sunnah Wal Jamaah under the Shafie School, so we do not allow proselytising of Muslims. So, there is no issue of human rights violation here”

To reiterate statements made from the Middle East Institute, “Regardless of the historical antecedents of the faith, the primacy of ethnic Malays (and by association their adherence to Sunni Islam) has meant that Shi‘i Islam is considered a “deviant” sect in the country.

Unfair treatment of Malay-Shia is clear violation to at least 13 Articles under the International Bill of Human Rights such as:

Article 1. All human beings are born free and equal in dignity and rights.

Article 2. Everyone is entitled to all the rights and freedoms set forth in this Declaration, without distinction of any kind, such as race, colour, sex, language, religion, political or other opinion, national or social origin, property, birth or other status

Article 3. Everyone has the right to life, liberty and security of person

Article 7. All are equal before the law and are entitled without any discrimination to equal protection of the law

Article 9. No one shall be subjected to arbitrary arrest, detention or exile.

Article 10. Everyone is entitled in full equality to a fair and public hearing by an independent and impartial tribunal, in the determination of his rights and obligations and of any criminal charge against him.

Article 11.  (1) Everyone charged with a penal offence has the right to be presumed innocent until proved guilty according to law in a public trial at which he has had all the guarantees necessary for his defence.

Article 12. No one shall be subjected to arbitrary interference with his privacy, family, home or correspondence, nor to attacks upon his honour and reputation. Everyone has the right to the protection of the law against such interference or attacks.

Article 13. (1) Everyone has the right to freedom of movement and residence within the borders of each state.

Article 16.  (1) Men and women of full age, without any limitation due to race, nationality or religion, have the right to marry and to found a family. They are entitled to equal rights as to marriage, during marriage and at its dissolution

Article 18. Everyone has the right to freedom of thought, conscience and religion; this right includes freedom to change his religion or belief, and freedom, either alone or in community with others and in public or private, to manifest his religion or belief in teaching, practice, worship and observance.

Article 19. Everyone has the right to freedom of opinion and expression; this right includes freedom to hold opinions without interference and to seek, receive and impart information and ideas through any media and regardless of frontiers.

Article 20. (1) Everyone has the right to freedom of peaceful assembly and association. (2) No one may be compelled to belong to an association.

The Malaysian state aspires to be a moderate nation that embraces globalization, therefore it should refrain from oppressing and vilifying Shia who figure from among its own indigenous Malay-Muslim citizenry. Instead, it should engage them intellectually, socially and perhaps even religiously as part of dakwah, in sync with the lofty spirit of Malaysia as championed by Prime Minister Najib Razak”.

Shia Rights Watch encourages the Malaysian government to appreciate its rich diversity and provide fair and equal rights to its Shia population.