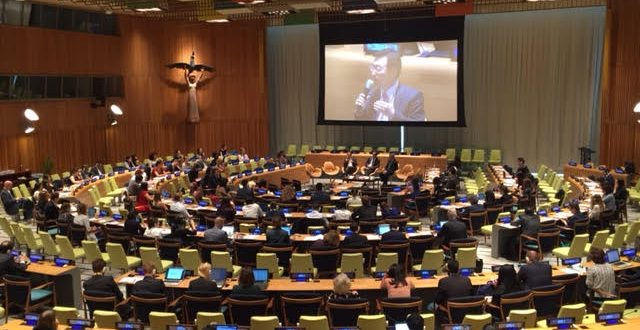 Prevention of Violent Extremism through Education

Shia Rights Watch, New York/June; In the Middle East and other countries where violent extremism has effected the stability and growth; violent groups continue targeting educated professionals and continue to promote isolation and radicalization.

The UNSG Global Education First Initiative (GEFI) advocates global citizenship education (GCED) as one of its 3 priority areas. As a GEFI partner, UNESCO leads the technical work in GCED at the global level and seeks to equip learners with knowledge, skills, attitudes and values that are based on and instill respect for human rights and diversity, and contribute to building young people’s resilience to violent extremist messaging. On 15 January 2016, the UN Secretary-General presented his Plan of Action to Prevent Violent Extremism to the General Assembly. On 12 February 2016, the General Assembly adopted the resolution which “welcomes the initiative by the Secretary-General, and takes note of his Plan of Action to Prevent Violent Extremism”.

The roundtable Debate on the Prevention of Violent Extremism through Education will provide a platform for policy-makers, practitioners and researchers to exchange ideas and share their perspectives, innovative solutions and initiatives in the prevention of violent extremism and the role education can play in the different contexts where young people might be susceptible to movements and organizations promoting violent extremism.