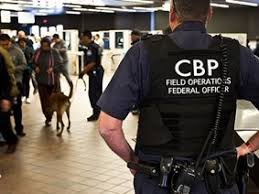 Profiling Religious Identity at US Customs and Border Protection

In a leaked one-page memo, discriminatory measures within the US Customs and Border Protection after US-Iran tensions. Shia Rights Watch expresses concern about profiling by religion and nationality. The organization notes that such targeting calls into question background checks done by immigration services previous to the issuing of visas and travel documents and endangers the safety of religious minorities. 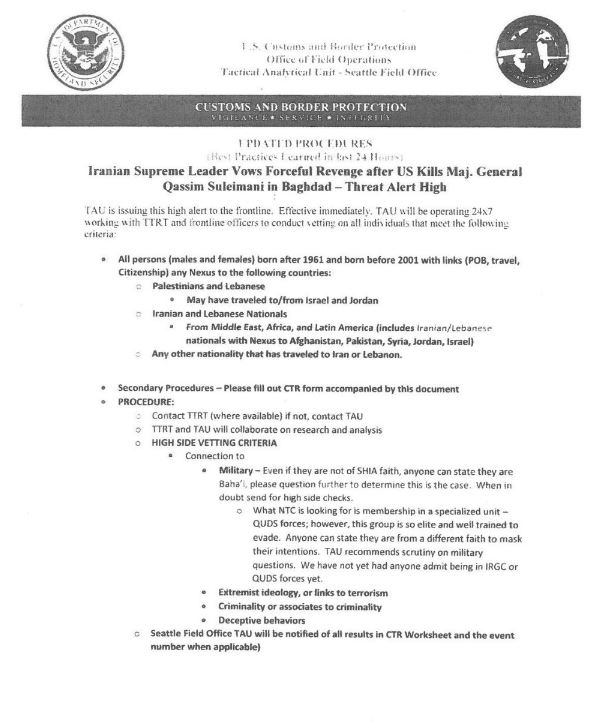 A document, “Iranian Supreme Leader Vows Forceful Revenge after the U.S. Kills Maj. General Qassim Soleimani in Baghdad – Threat Alert High”,  issued by the Tactical Analytical Unit of Customs and Border Protection Field Office in Seatle called for additional vetting for travelers from Iran and Lebanon and “Iranian and Lebanese nationals from the Middle East, Africa and Latin America” born between 1961 and 2001 as a way of identifying associates of the IRGC and QUDS forces.

The statement further said, “Even if they are not of SHIA faith, anyone can state they are Baha’i; please question further to determine this is the case.  When in doubt send for high side checks.”

Shia Rights Watch notes that the explicit statement issued is an escalation of the previously existing culture of discrimination of foreign persons and cultures. The leak sheds light on longstanding discriminatory sentiments within directives of the Customs and Border Protection Agency, specifically one that groups religious identities with and political affiliations.

The statement established a belief that anyone who is Shia is in-fact a participant or promoter of the IRGC and QUDS forces, and Iranian or Lebanese nationals who identify with other religions may be falsifiers who are hiding a criminalized religious identity.

The statement generalizes and criminalizes with little to no understanding of the diverse political affiliations within Iran and Lebanon. There are non-Shia Iranian and Lebanese nationals/ travelers, and there are many Shia Iranians / Lebanese who do not condone the actions of the IRGC or the QUDS forces.

Shia Muslims are nationals and residents of all nations of the world, one of which is the United States. They hold a diverse range of political, cultural, and ethnic beliefs, and they cannot be generalized to any single geopolitical faction.

Shia religious communities have long denounced political associations with Iran, and the false association of Shia Muslims with Iranian politics undermines their legitimate struggle for dignity and equal rights.

Shia Rights Watch further notes that inquiry into religious identity endangers minorities who are the target of violence. There are many Shia Muslims who have chosen the United States as a safe haven in which they can practice their religion safely. Many of those Shia Muslims do not openly announce their religious identity in fear of being targeted by extremist groups.

Shia Rights Watch calls for the condemnation of false affiliations of the Shia religion with any single political faction and encourages investigation into discriminatory practices within the US agencies.