On Friday January 29th, a Shia mosque was targeted by two gunmen wearing suicide belts in yet another

anti-Shia rampage. Early reports are confirming at least two people were killed and seven injured at the

Imam Rida mosque in Mahasen, Saudi Arabia, however this number may rise. According to witnesses at

the scene, one attacker detonated himself in the mosque while the other opened fire. The second

gunman was prevented from detonating his suicide vest by mosque attendees. The Friday prayer which

was the subject of the attack was targeted for holding a memorial service for Sheikh Nimr, the Shia cleric

the regime. Mohammed al-Nimr, sheikh Nimr’s brother was in attendance at the mosque at the time of

the attack and expressed his worries that the death toll may rise. Video of the aftermath of the attack

in pain or fleeing the scene. A responsible party for these attacks has yet to emerge but it is highly likely

2015. Shia Rights Watch strongly condemns this attacks and call for a full investigation and for the

responsible parties to be brought to justice.

News has emerged of the torturing of a prisoner of conscience in Azerbaijan at the end of 2015. A

by the country’s interior ministry. Exact details on his torture are unknown but it is known that he

suffered a broken nose. Bagirov was one of the prisoners who were arrested in the November 26th raid

which we reported a few months ago and it currently awaiting trial. Shia Rights Watch condemns the

maltreatment of Taleh Bagirov during his detention and seeing as how he committed no crime, calls for

dinars ($530,000). This is a clear example of a judicial system that lacks due process. These steep

sentences, fines, and the revocation of citizenship is a punishment that far outweighs the crime. Shia

Rights Watch calls for the immediate reversal of this decision.

emanated from two of the largest human rights NGOs in the world. This past week, both Human Rights

Watch and Amnesty International have highlighted the poor human rights record of the country.

through unnecessary for and continue to torture detainees. Human Rights Watch in their annual report

Independent Commission of Inquiry in 2011. Overall they wrote that the abuses occurring in the country

violations. The time has come for Bahrain’s actions on human rights to live up to its commitment to

In the wake of the Zaria Shia massacre, many questions are left unanswered and the Islamic Movement

of Nigeria has pressed the government for answers. This week the group published a list of members

who had gone missing following the attack. This extensive list contains 705 names. Should the worse

that people expect come to fruition, this would drastically raise the official casualty list for this attack.

community both in Nigeria and around the world. Shia Rights Watch is calling for an independent

the country’s democracy. For the full list of names missing, visit the link below. 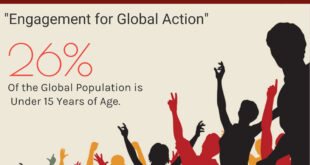