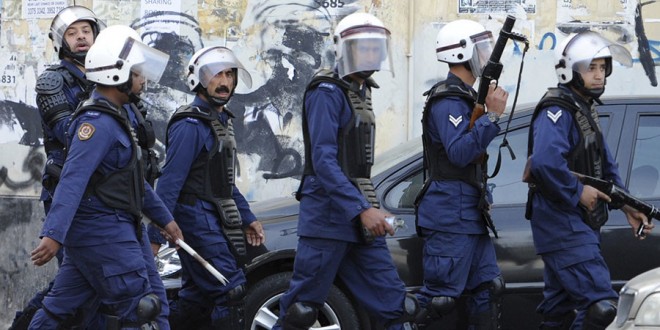 Summary of Special Rapporteur report on Discrimination against Shia in Bahrain

Summary of Special Rapporteur report on Discrimination against Shia in Bahrain

Philip Alston, Special Rapporteur on extreme poverty and human rights, and Heiner Bielefeldt, Special Rapporteur on freedom of religion or belief, stated receiving concerning alleged patterns of continuous discrimination against Shia citizens (mainly Baharna and Ajam), which have been taking place since 2011 and are undermining their rights to freedom of religion, expression, and culture.

Shia Rights Watch has compiled summaries of each of these cases; you may find them below:

At the United Nations Human Rights Council, Special Rapporteurs reported discrimination against Shia in Bahrain such as…

In the immediate aftermath of the 2011 protest movement, the Bahraini authorities have targeted influential leaders of the political opposition as well as citizen protesters, in addition to the excessive use of force against political opposition and protestors.  It is alleged that repressive actions have been particularly aimed at, or were used specifically against Baharna and Ajam citizens; distinct ethnical groups whose members predominantly belong to the Shia faith.

As of 2008, 2,000 people are stateless and majority of them belong to Shia groups such as Ajam and Bahrainis. Such status oppresses Shia furthermore as they cannot access social welfare, education, and employment. As the result this population often ends up living in poverty.

Based on presented report, the following articles were violated by the Bahraini government…

SRW, along with other human rights NGOs, has been reporting such violations and this recent report by Special Rapporteurs is further evidence that the Bahraini government is violating many international laws including its own constitution in some cases and must be hold responsible for its actions by international committees.