Thank You letter to The New York Times 2

Thank You letter to The New York Times 2

Shia Rights Watch would like to thank THE EDITORIAL BOARD Of the New York Times news agency for their article published on June 28th. As Shia rights violations are increasing around the word, especially in Middle East, it is critical for news agencies to practice ethically, investigate roots of the problems, and share them with the public.

It is encouraging to see finally media outlets have decided to end their silent and start covering Shia rights violations. However it seems media are selectively reporting some violations and ignoring many others. Egypt is not the only country in which Shia Muslims are oppressed: Syria, Bahrain, Saudi Arabia, Malaysia, Indonesia, and Pakistan have very similar incidents everyday however no agency bothers to cover the oppression of Shia Muslims in those countries, most likely because of political interests. NY Times’ decision to cover such news is prove of this agency’s ethical practice and adds to the credibility of the agency but as a human rights organization, Shia Rights Watch, would like NY Times to cover more incidents in different countries.

NT Times has the power to help increase awareness and end sectarian violence in many parts of the world, so why not be the first and start now. Eventually the violations will increase to the point that many media outlets will have to cover them so why not NY Times start it now. 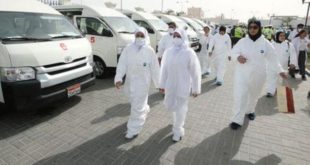