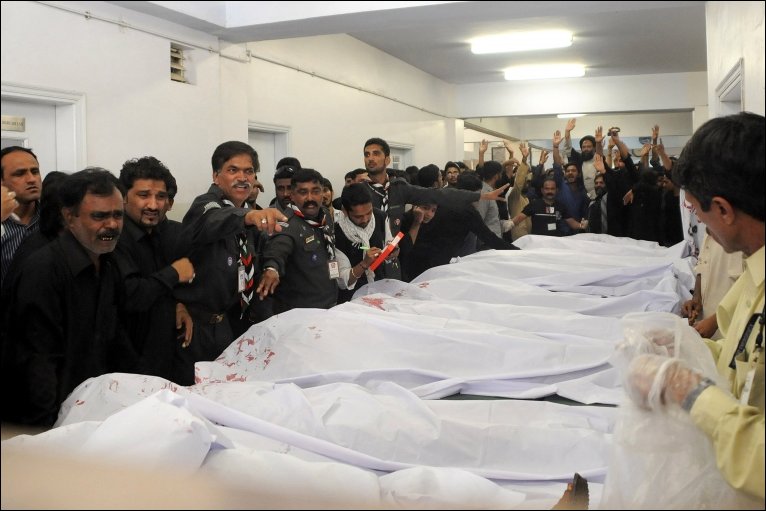 The Continual Killing of Shia Physicians in Pakistan 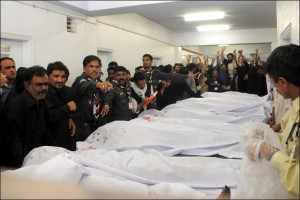 About 80 doctors were killed in a crescendo of target killing in 2000, and the majority were Shias. Many worked in the underserved and overpopulated areas of Karachi.

Ahmedi is, of course, almost an expletive in Pakistan. In the recent past, in Punjab, Ahmedi physicians have been killed in broad daylight. And, for all the legal recourse that the return of Chief Justice Iftikhar Chaudhry allegedly brought, no suo motus occurred, no one was apprehended and no trials were set.

Thirty-year-old Dr Babar Mannan was working in Hussaini Health Home in the Irani Camp locality of Orangi Town when two young men barged in and emptied their guns on him. In another recent episode, motorbike gunmen intercepted Dr Haider Abbas near Metroville III, killing him on the spot. In the same wave of madness, Dr Junaid Shakir and Dr Hasan Haider were killed gin New Karachi and Railway Colony respectively.

Sad, and seemingly powerless, physicians on the Dow Medical College alumni list mourn the victims. Dr Tariq Chundrigar writes poignantly: “A childhood friend of mine used to run a dental clinic in Nazimabad. He shared the clinic with a GP. This tireless, never out of temper gentleman had a following of patients that warmed one’s heart. One day, in 1989, someone walked into the GP’s clinic, pretending to be a doctor, put a gun to his head and shot him twice. And calmly walked out, to a waiting motorcycle, and rode off.This was late 2000.”

The US constitution guarantees the right to bear arms; Pakistan’s does not. De-weaponisation must be immediate, without ifs, ands, or buts. Perhaps the Supreme Court needs to step in for a government that is as usual ineffective, unwilling and incapable of protecting its citizens.