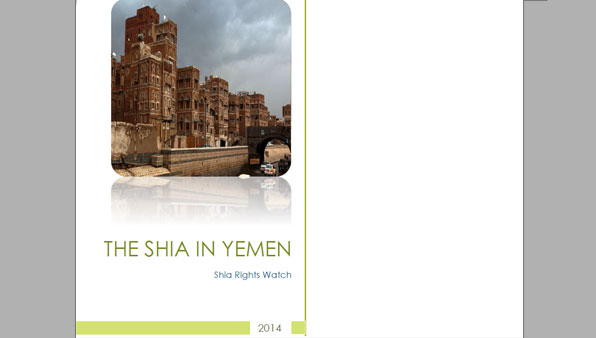 The Shia In Yemen

The Shia in Yemen

This Shia Rights Watch report entitled “The Shia in Yemen”, documents incidents of violence and intimidation against Shia Muslims in Yemen. Documenting cases until the end of 2014, the report gives a detailed account of how Shia have been targeted because of their religious beliefs.

Kidnappings, murders, and illegal detentions have occured periodically during the Sada’a Wars between 2004 and 2010 and after the Arab Spring in 2011.