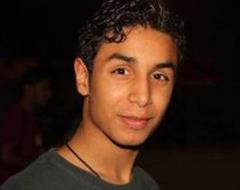 Saudi Arabia sentenced Ali Nimr, nephew of Sheikh Nimr, to death penalty. Ali was arrested participating in a protest in 2012 as a minor: he was held in Correctional facility for two years then he was transferred to jail as he reached legal age. His mother was permitted to visit him only once and she describes him as “beaten up” with lots of scares. She also stated that his nose was broken and he lost several teeth. Ali’s family complained about his condition to the jail officials. After that no one was permitted to visit him anymore.

Ali’s brother” Baqir” says death penalty is a very shocking sentence and the family was expecting some jail time after three years of imprisonment. He and his family believe officials are taking revenge from Sheikh Nimr by sentencing his nephew.

Death penalty increased in Saudi Arabia during the year 2015 and that is a worrisome.