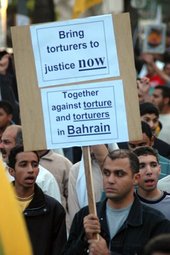 27 Killed and 200 injured in Kuwait Bombing

On Friday June 26th terror struck the Shia community in Kuwait. During midday prayers a suicide bomber detonated themselves at the Imam Sadiq mosque killing at least 27 people and injuring 200 others. This horrific attack occurred as at least 2,000 people were gathered in this mosque. This attack is a part of a chain of terrorist attacks that occurred around the world in other countries such as France, Tunisia, and Syria.

Unfortunately Friday has become the most dangerous day of the week to be Shia as terrorist groups have used Friday prayers as an opportunity to take as many Shia lives as possible. These actions have been backed by rhetoric that declares Shia Muslims to be heretics and worthy of death. Shia Rights Watch condemns hate speech and speech that incites violence as a large contributor to violence against Shia Muslims. It is the job of the international community, especially countries with notorious anti-Shia records, to condemn this type of speech.

This bloody Friday cannot go unaddressed by the Kuwaiti government. Shia Rights Watch calls on the government of Kuwait to investigate this bombing and bring to justice all who are responsible.

Washington, DC- 25 June 2015- Shia Rights Watch joins the United Nations and the remainder of the international community in commemorating the International Day in Support of Victims of Torture. This day, established on December 12, 1997, commemorates victims of torture and works towards “the total eradication of torture and the effective functioning of the Convention against Torture and Other Cruel, Inhuman or Degrading Treatment or Punishment”.

Shia Muslims are routinely subjected to torture and degrading treatment around the world. Shia prisoners of conscience have been subjected to torture in countries such as Bahrain. The International Shia Day campaign highlighted many victims of torture among the 550 minors that are currently detained in Bahraini prisons. Fourteen year old Mohammed Mansour, one of the 550, was arrested and subjected to harsh physical beatings and electric shock torture.

The story of young Mohammed Mansour is not unique, but is shared among many Shia Muslims around the world. Torture and other forms of degrading treatment undermine the basic foundations of the Universal Declaration of Human Rights. It is for this reason we call on all countries around the world to respect basic human rights and renounce torture.