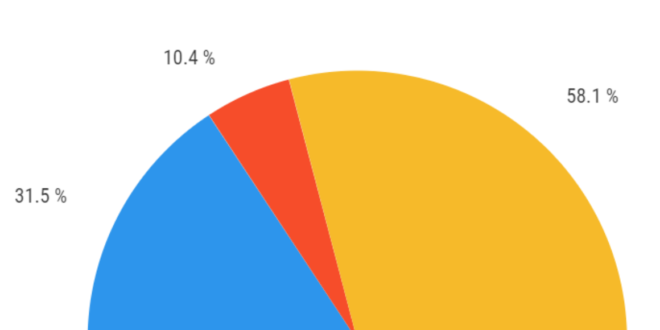 In August 2020, Shia Muslims faced a total of 356 incidents of anti-Shiism. As a result of violence, 112 individuals were injured, 37 killed, based on their faith.

Shia Rights Watch notes the recorded incidents are only cases of direct violence. Cultural and systemic forms of anti-Shiism cannot be quantified in nature. None-the-less, they are prominent and influential in Shia Muslims’ safety and security all over the world.

Shia Muslims in Afghanistan exist as a minority religious group and are disproportionately targeted by extremist groups.

Shia Muslims in Kabul live in constant fear of being targeted by radical extremism. In 2019, a significant percentage of those killed in terror attacks were Shia Muslims, deliberately targeted for their faith.

Targeted killings of Shia Muslims in Pakistan remain prominent in August. Attacks take the form of bombings within districts with dense populations of Shia presence and armed shootings of individuals recognized as Shia Muslims. In total, 33 people have been wounded, and seven others lost their lives.

On the 9th of August, unidentified shooters targeted Syed Mukhtar Hussain Shah, 52, a caretaker of the Imambargah Chah Roshan Shah Malana, a congregation hall Shia commemorations, as he returned home from the market. Shah lost his life at the hospital.

A day later, a bomb on a motorbike detonated in Chaman’s border city, resulting in the death of 6 and the injury of 20 others. Local law enforcement noted a high prevalence of extremist violence that target Shia communities in the province.

The city of Quetta is another location in Pakistan with a high volume of anti-Shia violence. On the 13th of August, anti-Shia instigators threw a grenade in a market place wounding and killing nine civilians. Among those killed was a child.

In addition to direct violence, Shia Muslims in Pakistan face derogatory language and labeling. In Karachi, homes of Shia Muslims have been marked with words translating to “Shia Infidel.” Agents of anti-Shiism consider Shia Muslims to be outside of Islam’s religion of Islam, thus a dehumanized target of violence. The markings are dangerous and heighten insecurity in the country.

Early in the month, over 100 members of the Troops of Mojo Kenteng and Mojolaban gathered outside a Shia couple’s wedding, shouting anti-Shia slogans. Three family members were injured as a result of being bombarded with stones.

The research director of Setara Institute for Democracy and Peace responded to the attack, stating, “Intolerance, discrimination, and persecution against religious minorities in this country do not only violate the law but also go against our national motto of unity in diversity.”

None-the-less, the assailants responsible for the attacks have yet to be charged.

Later in Solo, Java Island, a dinner welcoming a Shia Muslim leader to the community came under attack- two youth obtained bone fractures amidst the violence.

Shia Rights Watch logs 15 incidents of direct violence against Shia Muslims in August. Incidents of violence were in the form of arrests, summonings, and raids of prominently active communities.

The term of orator Sheikh Abdul Mohsen al-Jamri was upheld this month despite international unrest. Al-Jamri was summoned and arrested counter to global freedom of speech and religion standards.

Numerous mosques and religious centers were closed in August as the government attempted to halt the congregation related to Muharram processions. Before the beginning of the holy month, authorities summoned religious leaders, orators, and administration, communicating o them that arrest and detainment were consequences of participation and hosting of spiritual practice in the Holy month.

Shiism in Nigeria is one of the fastest-growing religious identities. None-the-less, Shia Muslims live in the country as a minority and face relentless targeting in the hands of local authorities.

On the 25thof August, in congruence with Muharram’s 10th day, an attack by armed forces in Kaduna resulted in the death of two and the injury of 30 others.

In response to the killings, members of the Islamic Movement of Nigeria have expressed their concerns.

Despite claims against discrimination, Shia Muslims face constant threats from the hands of local and state authorities. Violence against this group has gained the notice of international human rights groups.

In August, 23 incidents of violence across Iraq led to 26 Shia Muslims’ death and the injury of 34 others.

The cities of Basra, Baghdad, and Diyala faced the highest frequencies of violence. Separate shootings and targeted bombings were frequently used to attack Shia individuals.

ISIS assailants claimed the majority of violence committed against Shia Muslims. In line with warnings of security officials, Iraq has seen a rise in ISIS activity as security forces have been reorganized to combat the Coronavirus pandemic.

The lack of forces, moreover halts investigations against extremism in the country. In mid-August, a mass grave was discovered in Yusufiaya. The seven bodies therein are expected to be victims of violence in the hands of Daesh. More information is to be expected from authorities.

Police in Kashmir arrest dozens of protestors on the 29th of August and injured 40 Shia Muslims in the process.

In the wake of the Holy month of Muharram, local authorities restricted Muharram related processions.

Srinagar, Badgam, Baramulla, and other areas were restricted by authorities to stop people from taking out Muharram processions. Lal Chowk, the valley’s commercial center, and the adjoining regions of Srinagar were completely sealed. Troops and police personnel were deployed across the occupied territory, who blocked main roads by putting up barricades. None-the-less, dozens of people took to the streets in demand of freedom of religious expression.

Police arrested approximate 200 individuals. Numerous of those arrested reported that Srinagar police promised their release if they pledged not to attend Muharram processions.