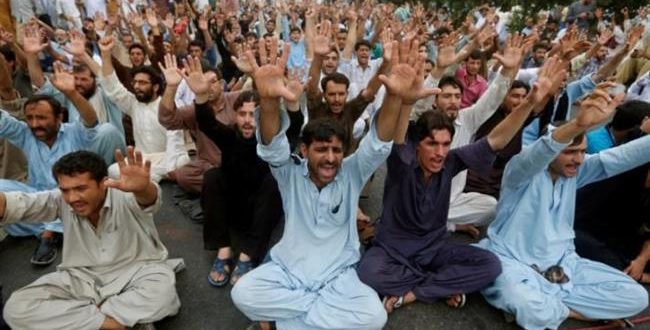 For Shia Muslims, the Holy month of Ramadan is a month of fear and anxiety as attacks on Shia congregations are prevalent. Terror Organizations feed on already existing anti-Shia sentiment to encourage suicide bombings.

On June 23rd, twin blasts went off in northwestern Pakistan. The city of Parachinar became the home to over 60 civilian deaths. The attacks took place in busy areas of town- one in a central bus station and another in the Toori Bazaar Market. On that same day, another explosion detonated in a Quetta police checkpoint killing 14 people. Lashkar-e-Jhangvi and Jamaat-ul-Ahrar, two prominent terror groups claiming responsibility for the attacks, strategically aimed their attacks on areas densely populated with Shia Muslims in the final days of Ramadan. The nature of attacks and their timing points to the groups’ goals of dehumanizing Pakistan’s Shia populations. To these hate-inciting groups, the motto “Ramadan Kareem” (Generous Ramadan) does not apply to the Shia minority as they are not regarded as part of the Islamic religion.

Over 300 people in total were critically injured as a result of attacks in Parachinar and Quetta- Shia Rights Watch anticipates a rise in death toll.

Anti-Shiism in Pakistan has an extensive history, and despite the authorities denouncement of violence, anti-Shiism remains as high as ever. Attacks on Shia congregations in Ramadan are not new, and despite official’s promise of increased security for this population, not much has been done to prevent attacks.

With close analysis, one can see a trend of authority involvement after cases of anti-Shiism, and that in response to immense and widespread Shia protests. It’s also important to note that Shia populations are most dense in geopolitically important areas of Pakistan and chaos in those regions create regional distress.

After the Parachinar terror attacks, Prime Minister Nawaz Sharif called on provincial governor Iqbal Zafar to distribute monetary compensation to victims and their families. Those injured were given Rs 500,000 (appx. 5,000 USD), and family of those killed were given Rs 1,000,000 (appx 9,000 USD) checks. With money, the Pakistani government momentarily called for peace in the districts, but anyone looking at trends of violence in Pakistan can tell that attacks in the Shia community are nowhere near over.

The fact that two terror organizations were able to join and collaborate so extensively (as seen in these attacks) points to widespread systemic violence in the nation. Pakistani officials have done little regarding violence prevention and anti-hate education. Educational material that denounces Shia Islam and public speakers who call for the marginalization of Shia Muslims remain in circulation. Until Pakistani officials can work to reduce anti-Shia sentiment, violence will continue.

Shia Rights Watch (SRW) calls on regional authorities to recognize anti-Shiism as a leading cause of instability. Further, SRW demands Pakistani authorities not only focus their aids in post-conflict compensation but to understand the roots of violence in the nation as a form of violence prevention.

SRW applauds the Shia Pakistani community for their unity and activism in demanding recognition of their rights. Also, SRW condemns any act of violence towards or against Shia Muslims and offers its condolences for those bereaved by acts of anti-Shiism.