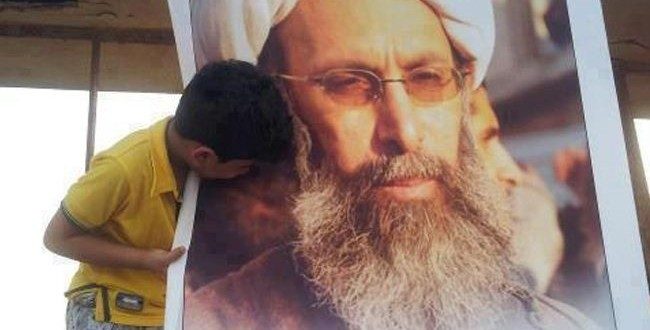 January 2 marks the anniversary of the execution of Sheikh al-Nimr, a prominent leader in the opposition against State-led repression. Shia Rights Watch commemorates this day in honor of all of the lives lost in the struggle for human rights.

Sheikh Nimr was the leading voice of Shia Muslims in Saudi Arabia. He was unrelentless, steadfast, and uncompromising in the call for human dignity and equality.  Al-Nimr was a voice that recognized and acknowledged the pains of a group long marginalized – he was the voice of the people.

Al-Nimr’s criticism of the government reaches back to 1994 when he began service to the Shia community in Saudi Arabia. His call for religious freedom gained traction among Shia communities, which long felt marginalized.

“Stretching over a hundred years, we [Shiites] experience oppression, injustice, and terrorization. From the moment you are born, you are surrounded by fear and terrorizing and pursuit and pain.”

“I am more than 50 years old; I have never felt security nor peace in this country.”

In October of 2014,  Al-Nimr was arrested and charged with foreign meddling and disobeying the ruler. He was sentenced to death.

The activist had a history of unlawful arrests and arbitrary questionings. In 2003, he was arrested for leading prayers in his home. By 2009, al-Nimr had risen to prominence as the face of the call for religious freedom in the Kingdom following a hearted speech that criticized authorities of deliberate targeting of Shia Muslims after a deadly clash with pilgrims in the historically Shia Baqi cemetery.  Later in 2012, al-Nimr was arrested for “instigating unrest” after a raid to his home that left him injured by bullets. His arrest was met with national and international uproar protesting violations against al-Nimr while in detainment, including but not limited to torture.

Across his experience in the court system, al-Nimr reported that due process was severely lacking in his cases. He was denied access to his lawyer in interrogations, not informed of trial dates, and uninformed of his charges until immediately previous to the hearing.

Finally, in 2016, the death sentence against Sheikh Nimr was carried out along with the execution of 47 other Shia activists.

Al-Nimr’s execution propelled him beyond the binds of Saudi Arabia. No longer is his voice limited to that of Shia Saudi Arabians- Sheikh Nimr is now an international symbol for human rights.

Shia Rights Watch commemorates this day in memory of a man who stood for dignity and called for freedom of expression.

Today, we remember that “the weapon of the word is stronger than bullets,” and we renew our commitment to creating change peacefully.