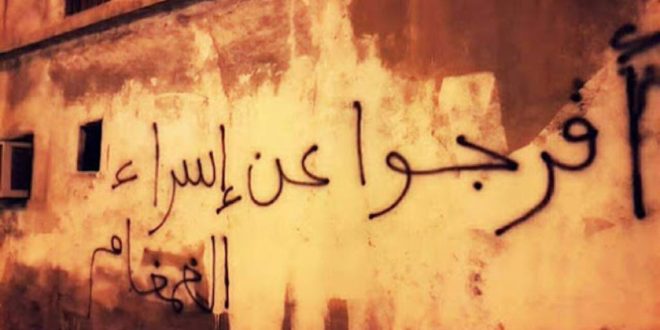 First Woman to be Sentenced to Death Penalty in S.A

Shia Rights Watch is extremely concerned as Israa al-Ghamgham, a detainee and a female Shia rights activist is sentenced to the death penalty for her involvement in peaceful demonstrations in Qatif.

Al-Ghamgham is the first woman to be sentenced to the death penalty and that raises the concern in regards to Saudi’s elevating Shia rights violations. The Saudi regime has arrested a number of women from the Eastern Province with political involvement accusations, including Naima Al-Moustoud, Fatimah Nassif, Nasima Al-Sada and others. Despite frequent arrests, al-Ghamgham is the first ever female sentenced to the death penalty.

Al-Ghamgham was arrested by Saudi forces with her husband, Musa Jafar al-Hashim, on December 8, 2015, after a raid on their home. Al-Ghamgham has been detained in the General Intelligence Prison in Dammam, where she has been charged with recruitment in Qatif.

While the international community praised gender equality for female drivers, anti-Shia violence in the Kingdom has been long ignored. As Saudi women are given the freedom to drive and play an active role in society, Shia women are not only arrested for seeking freedom of religion but now punished with unheard of sentences for women in this Kingdom.

Al-Ghamghams death sentences raised immediate concerns for women of religious minorities in the Kingdom of Saudi Arabia. SRW invites the international committee to take immediate action to stop al-Ghamgham’s sentence as it can open the door to more executions for women in Saudi Arabia.