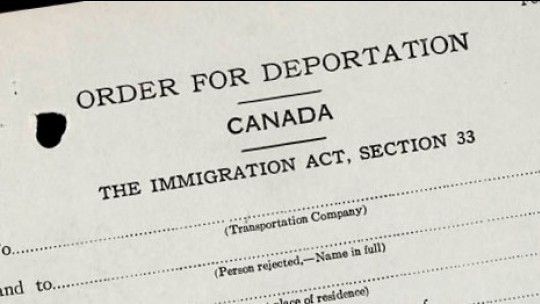 On the Front-lines of Political Unrest

Today, Shia Muslims make up over 20% of the world population. The Pew Forum reports an approximation of one-fifth of the Muslims population lives in a non-Muslim country.  However, given that at this point in history there are only nations with self-proclaimed Shia governances, Iran and Iraq, a large percentage of Shia Muslims live in non-Shia countries.

Shia Rights Watch recognizes that data of the Shia population presented until now has not been far from statistical approximations (Visit ShiaRightsWatch.org for more information). While the accurate demographics cannot be reported in a world filled with anti-Shia sentiment, one thing is for sure: Shia Muslims are the most misrepresented and prejudiced minority group in the global population.

Shia Muslims live in geographical locations rich in natural and geopolitical resources. In Saudi Arabia, Shia Muslims dominate the Eastern Province, the Kingdoms most oil-rich area. The same is for the nations of Iraq and Iran. Shia Muslims populate border towns deemed primary in the bridge between Afghanistan and Pakistan as well as the two nations efforts against terrorist expansion.  None-the-less Shia Muslims are the least understood population, especially in the West.

In the second week of August, following the Canadian Prime Minister, Justin Trudeau’s expression of disapproval for human rights violations by the Saudi administration, relations between the two nations went south, fast. Saudi Arabia retracted thousands of its students, and soon, flights between Canada and Saudi Arabia will be halted entirely.

Amidst the diplomatic chaos, Shia Saudi’s in Canada are left unsupported. Saudi Shia who seeks refuge from their home nations in Canada face the threat of deportation to a country in which their lives are threatened. In a notorious case, a man whose name remains undisclosed to ensure his and his Saudi-residing family’s security was scheduled to be sent back to the Saudi kingdom despite his numerous statements which pointed to his lack of safety in the Kingdom. His deportation was seized until further notice with UN intervention.

Canadian Judge Roger Lafrenière, who ordered the deportation, of Ottawa stated that his judgment was based on lack of credible proof of insecurity as well as a withdrawal of asylum case and travel to Saudi Arabia. Lafrenière noted in a seven-page decision statement,  “When a refugee claimant withdraws their refugee claim at the [Immigration and Refugee Board], they are counseled as to the consequences of this action, including but not limited to the fact that the person can never make another refugee claim in Canada,”

While Canada is renowned for being a refugee-friendly nation, this case points to a lack of correct understanding of the detriments Shia Muslim face in an anti-Shia country such as Saudi Arabia.

Within the Kingdom, Shia identified individuals are openly prosecuted, in many cases imprisoned and tortured indefinitely, and even executed purely by their religious beliefs.

Shia continuously faces discrimination and are called foreign agents in their native homeland. Not only are they denied equal representation, but they are also targeted to the point of extinction. In 2017, Shia authorities escalated anti-Shia rhetoric by seizing the town of Awamiya for almost a month. Snipers perched atop roofs killed anyone who dared walk the streets. Hundreds of homes and businesses were destroyed, yet the incident received minimal media coverage in the West.

Anne Castagner, the lawyer defending against deportation, states, “The fact that it had to go up to the UN, for us, is a total waste of Canadian money, a total waste of resources and of time for everybody.”

Shia Rights Watch emphasizes the need for research into the Shia communities and recognition of anti-Shiism as a crime against humanity by leaders of the free world.

Fact is, Shia Muslims are at the center of the struggle for human rights. Until this population is sufficiently understood and recognized as one of the worlds most targeted groups, humanitarian efforts can only go so far.