On May 5th, 2014 International New York Times reported that “the Obama administration on Monday granted the group diplomatic status and pledged an additional $27 million in nonlethal assistance” bringing total assistance to about $287million so far. The non-lethal aid is going to include medical aid food rations, communications equipment and vehicles.

The decision is announced when an estimated 9 million Syrians have fled their homes many of which are seeking asylum in Europe and US or live in refugee camps in neighboring countries.

Opposition groups, who chose to fights and endanger themselves, now enjoy the benefits of the diplomatic status while Syrian civilians who involuntarily are paying a high price of war in their country live in refugee camps. Some children died during passed winter in camps due to cold and many others suffer from lack of nutrition. And most importantly insecurity is a threat to the mental and physical health to all Syrian families.

Furthermore the US officials stated the decision of granting $27 million is to “assist moderate opposition groups in Syria”, yet the officials do not explain how did they conclude that Syrian National Coalition (SNC) that is receiving such aid is actually a moderate group?

Is there any moderate group left in Syria? According to UN, SRW and many other research and news entities all groups in Syria are killing and they have used chemical weapons. Who are these moderate groups and how are they helping the situation in Syria that they deserve $287 million of our tax money?

Thankfully this administration is helping only in “nonlethal” assistance. But doesn’t that mean we are helping fighters have better food, better communicating and transportation methods and even diplomatic safety? As a result those fighters are stronger, healthier, and more comfortable killers? Correct? 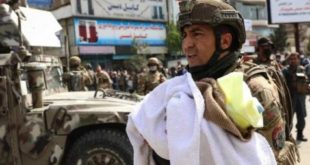 Unparalleled Violence In Afghanistan Claims Lives of Newborns and Mothers