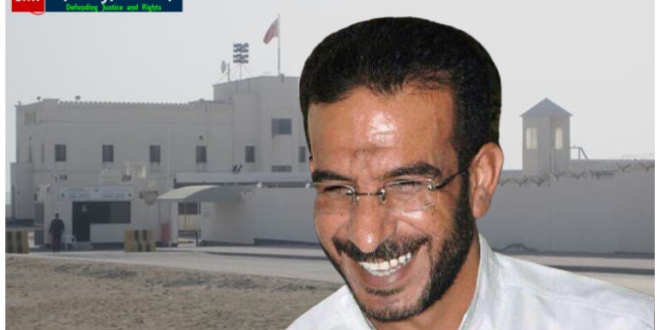 Malallah was arrested and sentenced to 15 years in detention in 2011 on charges of ‘national security.” He was 50 years old at the time of his death.

Hundreds participated in Malallah’s funeral processions in Nuwaidrat in the days following his death.

Statement Made by the Ministry of Interior

“Inmate Abbas Hassan Ali (50) died a natural death early this morning, after suffering a heart attack, per the coroner’s report.”

“The inmate fell unconscious after exiting the bathroom, so he was immediately transferred to the infirmary, and the necessary first aid was administered until his health condition stabilized,”

According to the statement, Malallah died ‘upon his transfer to Salmaniya Hospital.”

The statement furthered that Malallah “did not suffer from any chronic diseases” and that “his last medical check-up was at the center’s clinic on September 20, 2020, when he was complaining of ear pain.”

Counters to the Statement

Prisoners held with Malallah report that the deceased had asked for medical attention the day before his death, complaining of severe pain in his chest and abdomen. The prison administration denied his request.

Advocates counter the claims made within the statement that the deceased did not have a chronic illness. Malallah suffered from colon and stomach ulcers which were denied treatment while in Jaws Prison.

Moreover, reports of injury from shotgun pellets in the hands of authorities exist from 2012. Previous statements of Malallah being held in the intensive care unit after interrogative violence have been documented.

The statement made by the Prison’s Directorate fails to acknowledge the inhumane infrastructure of Jaws Prison that has led to the death of a detainee. Overcrowding, denial of treatments, unsanitary conditions, and abuse have been causes for concern for advocates and families with loved ones in detainment. Yet, these concerns have been disregarded, and the death of Malallah was labeled as enforced by “natural causes” despite his history of mistreatment within Jaws Prison.

Abbas Malallah’s recent death signals a dire need to re-evaluate arrests and harsh sentences handed to protestors after the 2011 protests. Malallah had spent 10 years of a 15-year sentence for participation in pro-democracy protests. His charges were under concerns of ‘national security,” a label scripted into law after a public call for democracy in 2011. Many of those arrested were met with lacking due process. Defendants were, and to this day continue to be, denied counsel and the right to defense. Reports of torture and forced interrogation were disregarded, and many civilians were tried in military court.

Furthermore, Shia Rights Watch calls for long-overdue institutional changes within the Bahraini detention center. Conditions within detention centers are dangerous and inhumane. Officials must allow for third-party oversight and announce actionable plans to reduce the population of detainees, increase the availability of medical resources and comply with basic human rights long denied to detainees.