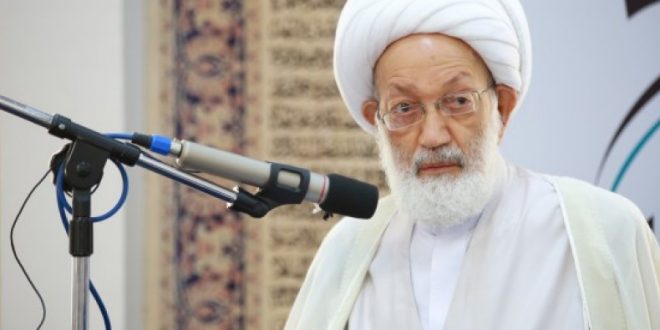 Shia Rights Watch strongly condemns human rights violations toward Shia figures in Bahrain as this kingdom revoked citizenship of another Shia cleric, Shaikh Isa Qasim .
On June 20th, the Kingdom of Bahrain renounced the citizenship of Shaikh Isa Qasim, a prominent Shia leader and a pro-democracy activist Qasim was renowned for his spiritual leadership and his founding of Shia Institutions. With rights under pressure, Shia Muslims of Bahrain have gathered in Qasim’s home town of Diraz in support to his efforts.
Shia Rights Watch (SRW) condemns any and all acts of violence against Shia Muslims in Bahrain. With aims of establishing peace and dialogue in the region, SRW asks Bahraini officials to re-establish the citizenship of not only Sheikh Isa Qasem, but all other Shia Muslims whose rights have been denied on the basis of faith.