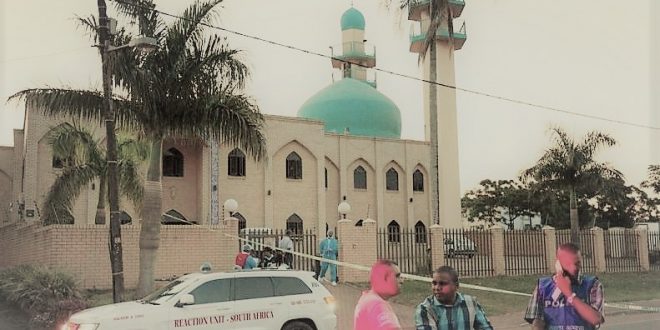 For decades, Shia Muslims have lived under fear of identification by their religion. Ethnically distinct groups such as the Hazara, who are physically distinguishable and recognized as Shia Muslims have seen a 58% reduction in their population since the 18th century. Other groups such that of the Shia living in Saudi Arabia take to blend into their larger anti-Shia society in fear of discrimination. Thus, having a public Shia identity can be troublesome for many Shia Muslims.

Recently, the light was shed on the existence of a media post that incited discrimination against Shia Muslims. The post calls for the identification of Shia Muslims, and their social and physical tendencies (such as “how Shia women wear their scarf” and the length of a Shia man’s beard). The post begins, “When walking in the
street, or in public places, it’s becoming increasingly important to become
Vigilant as to who may be a Shi’ah, and who may be not. Here are some general
guidelines…”

The existence of the post was brought to light by the recent attack on May 10th when three men armed with machetes attacked the Imam Hussain Mosque in Durban, South Africa. The religious
the leader was killed, and mosque attendees were injured. Targeting of
the mosque continued into the following week when a bomb was found strapped
Under the Imam’s chair. The weapon was neutralized before taking any lives.

Recognizing the targeted means of the attack, non-Shia entities in the area stumbled to dissociate themselves from violent acts of anti-Shiism. They took to claim a lack of involvement to an anti-Shia post circulating in social media and chat-platforms.

Some sources in South Africa state the post has been circulating since January 2018 yet no one had taken steps to stop its circulation. It’s condemnation only occurred after violence erupted.

It must be noted that cultural violence in the form of discrimination and social injustice is the basis for violence which continues to lead to the loss of Shia lives.

The reality is that this post is not the first of its kind. The recent attacks on Imam Hussein Mosque in Durban South Africa shed light on the systematic cultural violence Shia Muslims face. Not only do Shia Muslims have to bear anti-Islam bigotry, but they are also victims of anti-Shia violence.

The spotlight newly held on anti-Shia propaganda in private non-Shia groups, virtual or in physical presence, calls for increased awareness for humanitarian activists. It acts as a reminder that a lack of direct violence is not a sign of peace. Anti-Shia rhetoric plagues non-Shia communities in and out of the Middle East, and until platforms that fuel discrimination are recognized and brought to justice, anti-Shiism will continue to prosper and will escalate to targeting and killing of Shia Muslim communities.