Shia Rights Watch strongly condemns the execution of 37 people by the Saudi government. Saudi is making history by its record-breaking executions and human rights violations. The sentences were carried out in Riyadh, the Muslim holy cities of Mecca and Medina, central Qassim province and Eastern Province, home to the country’s Shia minority. Sources report they were sentenced for “adopting terrorist and extremist thinking and for forming terrorist cells.” Saudi government labels and accuses advocates and pro-democracy individuals with terror charges. Anyone who doesn’t support the actions of the King is a “threat to stability” of the nation and therefore deserves to be executed! More than 100 Saudi citizens have been executed during the first four months of 2019. Unfair trials and, arbitrary arrests, lack of evidence, and false accusations have claimed the lives of many Shia in Saudi Arabia. 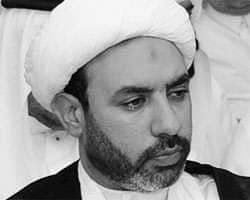 Sheikh Mohamed AlAttiyah was among the 37 who were beheaded by Saudi Arabia today April 23, 2019. He was serving the large community of Shia in Jeddah.

Prince Mohammed bin Salman started his political career promising reforms and more freedom, yet he has ordered the rounding up of scores of activists, high-profile clerics, analysts, businessmen, and princes, as well as women’s rights defenders who were allegedly tortured by the authorities. Execution of the Shia leader, Nimr al-Nimr and killing of journalist Khashoggi, are a clear example of this government’s lack of desire in bringing peace to its country.

We at Shia Rights Watch send our deepest condolences to the families and friends of the victims. Especially that this shameless act comes as the Muslims preparing for the Holy month of Ramadan. Shia Rights Watch remains committed to monitor violations in Saudi Arabia and report them. We stand by the people of this country who want a future free from these horrific acts of violence. This NGO also urges international committees to collaboratively put an end to violations in Saudi Arabia.