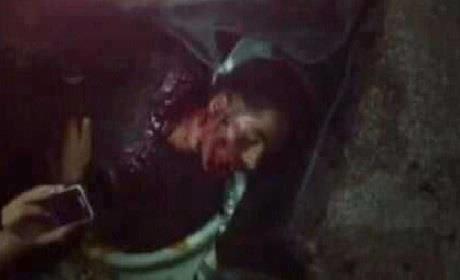 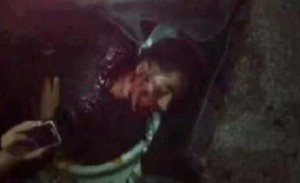 Anti-Shia Wahhabi have killed a young Shia during the peaceful demonstration asking freedom to live as normal citizen without any discrimination.

Abdallah Ja’afar al-Ojami, 18, was shot by security forces on Friday (7-13-2012) as he and a group of others were demanding the release of their cleric Sheikh Nimer who was injured and arrested last week by Anti-Shia forces.

As you can see in the picture Abdallah was killed, placed in the toilet and pictured by Anti-Shia forces to show the Shia how they would treat them in the country.