On Saturday, June 3rd, Bahrain’s Supreme Court of Appeal upheld the five-year prison term against seven defendants charged with “unlawful” assembly, the gathering of 5 people or more; setting tires alight; and hurling petrol bombs at government vehicles in Juffair, a neighborhood in Eastern Manama, on August 2, 2013. Along with these sentences, the seven defendants will also have to pay a fine of 300 dinars or 795 USD for the burned tires.

Five other defendants were sentenced to three years in prison for “unlawful” assembly. Each of these investigations, though civilian, took place in a military tribunal in accordance with a constitutional amendment ratified by King Hamad bin Isa Al Khalifah on April 3rd of this year.

These two cases come in the midst of protests that have occurred almost daily since 2011. Bahrainis are calling for the Sunni Al Khalifah family to relinquish their power in favor of a political system that represents both Sunnis and the Shia majority, the Shia make up about 70% of the entire country.

Today, an over two hundred year old wealth disparity exists within the island state. Starting with the invasion of the Bani Utbah tribe, led by the of the Al Khalifah family, the dominating strategy in the 18th century was to take the power from the indigenous Shia and re-appropriate the wealth to the Sunni. The strategy of wealth appropriation still remains. The small island state’s economy remains largely undiversified, and the few major positions, both government and private, are strategically given to those close to the Sunni Royal Family and a select few Shia families.

The Bahraini government has responded to the discontentment with troops from both Saudi Arabia and the United Arab Emirates to clamp down on protesters and activists.

Shia Rights Watch calls on both the Bahraini government and the international community to take action. The Bahraini government and the Al Khalifah family have the responsibility of security of the citizens. Acting on behalf of the minority in order to dominate the majority infringes on this responsibility and delegitimizes the government as a protector of the state and the people in it. The international community has the responsibility to defend the Universal Declaration of Human Rights established in 1948. Much of Bahrain’s economy relies on its oil production, and the government has failed to diversify further. This weakness can be exploited in order to strong-arm the Al Khalifah family into protecting all Bahrainis rather than actively discriminating against them. 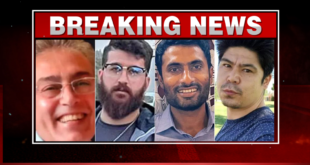