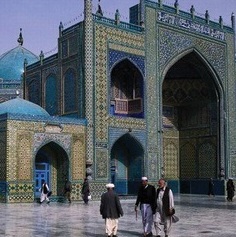 An attack to Shia Muslim mosque in Kabul, Afghanistan increases concerns of Shia Rights Watch. SRW is concerned about the security and safety of Shia Muslims of Afghanistan after two gunmen holding Pakistani passports attacked the people in the mosque using gun and knife. The attackers were arrested by local people.

As Shia rights violations continue in Middle East more and more Shia, in different countries, are facing violence and attacks to their communities. SRW urges Afghani government to secure Shia populated areas and prevent all violence that threatens its citizens. Prevention strategies are critical to assure security and stability of the country.