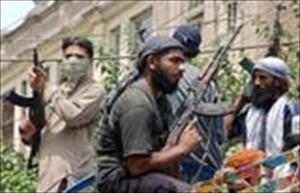 As a result of this straight firing of terrorists of Sipah-e-Sahaba, ten Shia Muslims were critically injured and they were shifted to the local hospital for immediate medical treatment.

However, the FIR against the firing on Shia Muslims were registered at the local Police Station of Kotri Hyderabad but the Police has not yet arrested a single terrorists involved in the attack on Shia Muslims.

The residents of the area alleged that the area district Police officer and other officials of the police have supported the terrorism activities of the Wahabi-Nasabi terrorists.

They said that these terrorists attacked the procession of the martyrdom of Imam Hussain (as) on 9th and 10th Muharram.