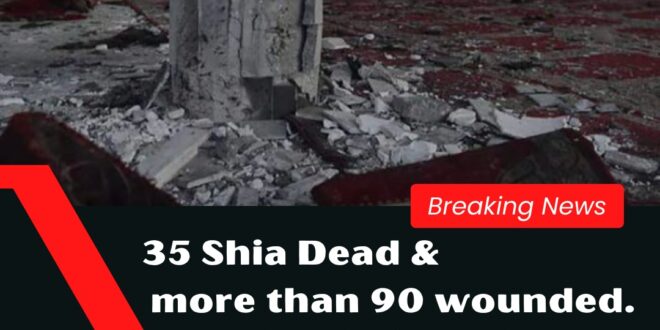 #Breaking The terrorist attack on Shia Mosque in Afghanistan’s Mazar-e-Sharif left 35 dead and more than 90 Shia Muslims wounded.
Since the Taliban took control of Afghanistan, the attack on the Shia Mosque has become normal. A couple of days ago, the attack in Dhashte-e-Barchi in western Kabul killed six students and wounded more than 15 Shia Muslims.
Shia rights watch holds the Taliban responsible for these attacks. Shia Muslims should be able to defend their community as before and create their security to protect their place of worship.
#antishiism
#Hazara #Balkh
#mazarsharifattack
#mazarsharif