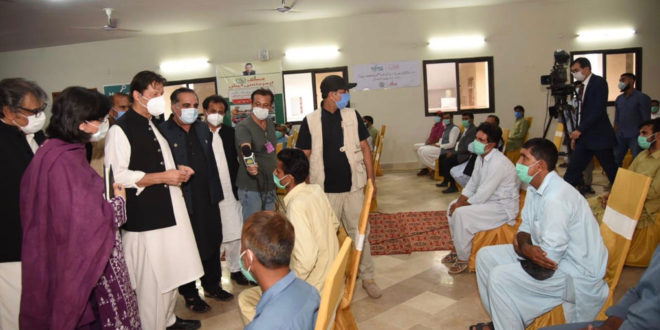 Anti-Shiism Hinders the Combat of Coronavirus in Pakistan

While the world struggles to combat the novel Coronavirus, Anti-Shiism in Pakistan quells life-saving efforts.

Anzala Zahra Kazmi, an individual who sought out the donor reports upon finding out that the sick patient was of the Shia faith, the donor retracted his willingness to give plasma.

This is not the first time intolerance against religious minorities has countered efforts to combat the disease.

In March, volunteers from a non-governmental organization with ties to the Ahmadiya community were forced out of Karachi’s Dehli Colony as several residents cited the volunteer’s religious identity.

In other areas of Pakistan, minority Christian denominations were also prevented from receiving aid.

While it would be expected that the presence of deadly disease would overpower biases, incidents of religious discrimination highlight the extent of dehumanization that fuels cultural violence in Pakistan. In the case of the donor in Islamabad, anti-Shiism in a layperson was deep enough to justify watching a countryman die while actively withholding life-saving material.

In Karachi, the mere receipt of aid from a member of the Ahmadi community is considered demeaning as some would rather live in poverty than to interact with the religious minority.

Minority groups in Pakistan face the threat of extinction every day, and of those minority groups, Shia Muslims are one of the most targeted.

At least one of every five Pakistani is Shia Muslim. Over the years, the Shia of Pakistan have been specifically targeted and killed by guns and suicide bombers. Shia populated neighborhoods face higher rates of violence in the hands of terrorists. None-the-less, the government of Pakistan has done little to protect its Shia Muslim constituents or to promote justice against anti-Shia violators.

In addition to facing violence at a higher prevalence, Shia Muslims receive the lowest rates of international and national recognition.

Disproportionate violence against Shia Muslims is an issue of international proportion.

The lack of support within humanitarian efforts for Shia Muslims is also not new. To be withheld of empathy is not unique to Shia in Pakistan as Shia all over the world face rationed humanity.

The lack of rapport with victims and survivors of Anti-Shiism is a global problem.

Moreover, many Shia Muslims report facing discrimination in obtaining assistance, not just across the Middle East, but also from providers based in the West.

In May, donations made to the family of Aya Hachem, a 19-year-old female killed in the United Kingdom, were withdrawn when her identity as a Shia Muslim became apparent. The widespread and gruesome anti-Shia sentiments became apparent through threads of twitter content within hours. In addition to recanting their condolences to the Hachem family, some made a point to preach the dreadful consequences of helping “rafidis,” or “those outside of religion.”

A substantial amount of the Anti-Shia content has since been removed as a result of the outcry from the Shia community.

None-the-less, the recent wave of discrimination against Shia Muslims is just a visible sample of Anti-Shia sentiment that exists within the international community. The refusal to donate plasma and the withdrawal of donations are emergent behaviors stemming from decades of unmet cultural violence against Shia Muslims.

Unless the dehumanization of Shia Muslims is addressed, international efforts will always be hindered. Shia Rights Watch highlights a need for combatting intolerances that enforce Anti-Shiism as a means of promoting international health measures. Efforts to combat the Coronavirus must include recognition of minority discrimination and include measures to counter cultural and systemic violence against Shia Muslims.