We at Shia Rights Watch are writing you to request that you provide relief to the 70,000 residents of the Syrian cities of Noble and al-Zahra. Residents of these Shia-majority towns near Aleppo are currently under siege and are without food and water. This siege has been underway for more than a year and the situation in these cities is dire.

What has been witnessed in these two cities is the exploitation of political and security instability by extremists in order to inflict violence upon innocent populations. Due to this siege, men women and children have been unable to leave the towns in search of sustenance or medical treatment. Not much is known about the unfolding situation in these two towns because media outlets have been unable to gain access to these areas due to continuous attacks. Zakaria Sharbu, a surgical assistant who escaped from this area and was able to speak to media outlets said that the condition has deteriorated to the point that now people are eating grass and tree leaves.

Stories of kidnappings by the extremists have been numerous. Last year the extremists captured several children and demanded over $30,000 to secure their release.

The import of medical supplies has been prohibited by the militants. Many people in the city are suffering from incurable diseases, and those with diseases that can be cured are seeing their health deteriorate due to a lack of supplies.

It is in the greatest urgency that we urge you to act as time is not on the side of the victims of these atrocities. 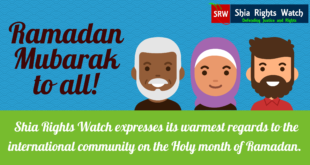