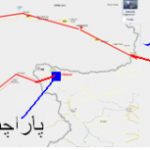 The Nasabi-Wahabi terrorists of Taliban on Friday killed the Five Shia Muslims hails from Parachinar including a woman on the failure to get the ransom amount of 6 to 10 million rupees to release these innocent people.

According to the Shiakilling Correspondent, The families of detained people were not able to provide the huge amount to the Taliban kidnappers belongs from Mengal tribe.
It may be noted here that the kidnappers of Taliban had abducted five Pakistani Shia of Parachinar from Paktia province of Afghanistan on August 14, have demanded Rs6 million as ransom for their safe release. The people of Parachinar were used the route of Afghanistan to reach in Peshawar or rest of Pakistan because of the illegal blockade of Parachinar by the Taliban terrorists from the last five years.
Source:eng.shiakilling.com
Share