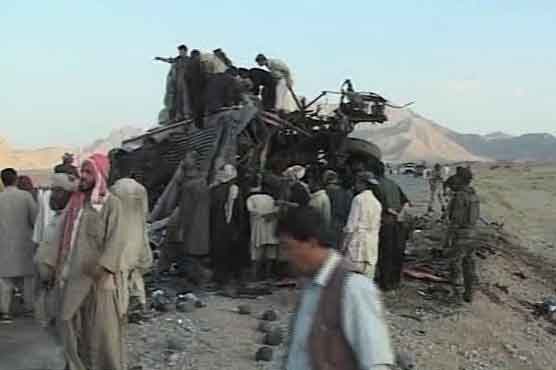 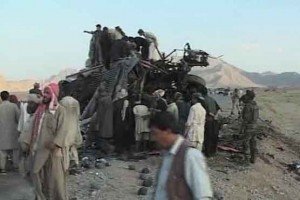 According to sources, a bus carrying pilgrims from Iran’s city of Tuftan to Quetta was attacked when it reached the western bypass near Hazar Ganji. Miscreants fired a rocket on the bus, overturning it.

The bus caught fire and eleven people died on the spot while many others sustained injuries.

The people from the area begun rescue services of their own while corpses and injured were shifted to hospital.

Before this, a number of such atrocities occurred due to a lack of security measures in the area. This time, the caravan was accompanied by a policeman who also fell victim to the terrorists’ barbarism.