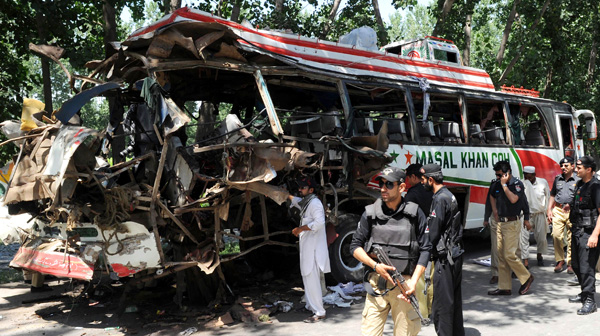 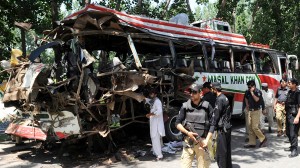 At least 19 Shia were killed and over 35 others were injured when a blast hit a passenger bus in Balochistan on Monday morning, a private TV reported, adding that a large number of casualties are feared as most of the injured are in critical condition.

The incident happened at about 9:20 a.m. (local time) when a bomb targeted a passenger bus carrying over 50 people at the main highway in Mastung, a district in the country’s southwest province of Balochistan.

Officials confirmed the death of two people. State-run television reported that nearly 50 people, including women and children, were injured, and 6 people were killed. The condition of seven of the injured was critical, doctors at a local hospital said. The injured were taken to a nearby hospital and those in a critical condition were later shifted to Quetta.

Police said that the intended target of the bombing have been a bus with Shia pilgrims that passed the area minutes before the explosion.