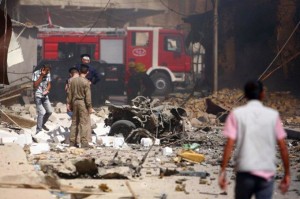 Ziad Tariq, spokesperson for the Iraqi health ministry, said total of 205 Shia were killed and injured in 10 bombing attacks that rocked nine neighborhoods of the capital on Thursday morning.

The attacks were carried out in the Allawi, Bab al-Muatham and Karrada districts of central Baghdad, the Adhamiyah, Shuala and Shaab neighborhoods in the north, Jadriyah in the east, Ghazaliyah in the west and Amal and Dura in the south.

The deadly incidents in Iraq took place at a time that the country is experiencing a critical situation.