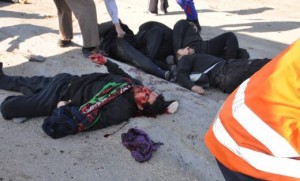 The attacks began with the explosion of a bomb attached to a motorcycle near a bus stop where day laborers gather to look for work in the Sadr city neighborhood. One of those who witnessed the attack said it filled the area with thick black smoke.

“Shia have real fears that the cycle of violence might be revived in this country,” said Tariq Annad, a 52-year-old government employee who lives nearby.

That attack was followed by the explosion of a roadside bomb. Police found a third bomb nearby and defused it.

The two Sadr City blasts killed 12 Shia, according to police and medical officials.

Less than two hours later, two explosions rocked the Shia neighborhood of Kazimiyah in the north of the capital, killing 24 people.

Officials said the Kazimiyah blasts occurred almost simultaneously, with at least one caused by a car bomb.

Hospital officials confirmed the causalities from the four blasts, which included more than 60 wounded.

Coordinated bombings, particularly those targeting Shia areas, are the hallmark of Sunni militants linked to al-Qaida.

Thursday’s attacks were the deadliest in Baghdad since Dec. 22, when a series of blasts killed 69 Shia. An al-Qaida front group in Iraq claimed responsibility for those attacks. 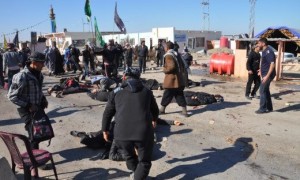 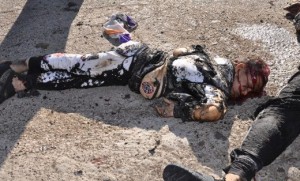 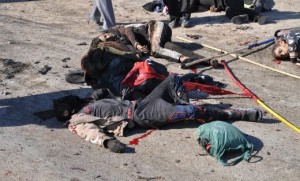 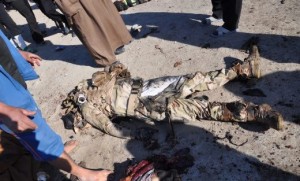